Portland Fire & Rescue (PF&R) currently employs over 680 sworn firefighters in 30 stations and 64 non-sworn civilian personnel. Staff is spread out across the City of Portland, which sometimes can make bureau wide communication a challenge. Especially when it comes to changes in employee’s paychecks!

Members of PF&R’s Payroll Staff, including Jay Guo, Onessia Elliott, and Luiz Vasquez, are continuing their quest to answer and resolve payroll, deduction, and accrual questions and issues relating to the SAP system. They have begun scheduling time at each of the 30 stations to meet with firefighters and other staff to discuss the SAP system’s bi-weekly pay rates, FLSA hour and pay calculations, and online pay statements.  Firefighters are able to openly ask payroll questions, and receive solid answers in return from the team. 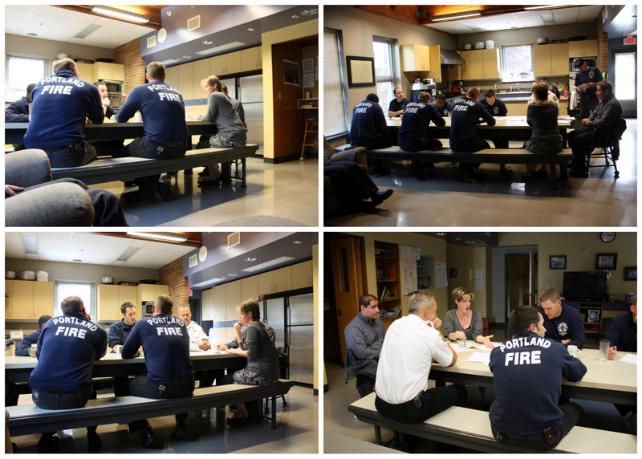 With such a large number of fire bureau employees spread throughout the City of Portland, face-to-face communication is not always easy. But PF&R’s Payroll Staff realizes that this type of communication is vital to reduce fire employee’s misinterpretation and misunderstanding of changing payroll issues.