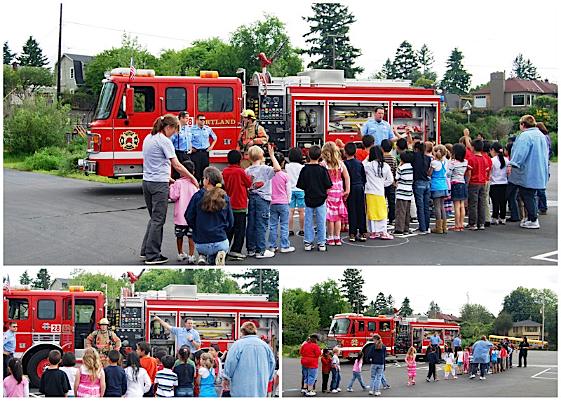 You could feel the excitement build as kids walked onto the playground to the lights, siren, and horn of Engine 28.  Firefighter Erin demonstrated what a firefighter looks like in full turnout gear.  Firefighter Leo then asked the kids if they liked Star Wars – to which he received a unanimous “yes”.  He went on to explain that if they ever need to be rescued by a firefighter, he or she might sound like Darth Vader because their SCBA (self-contained breathing apparatus) makes the same noise.  Except in this case it’s the good Darth Vader! 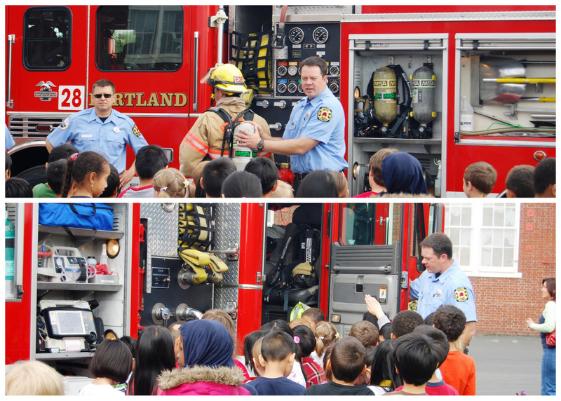 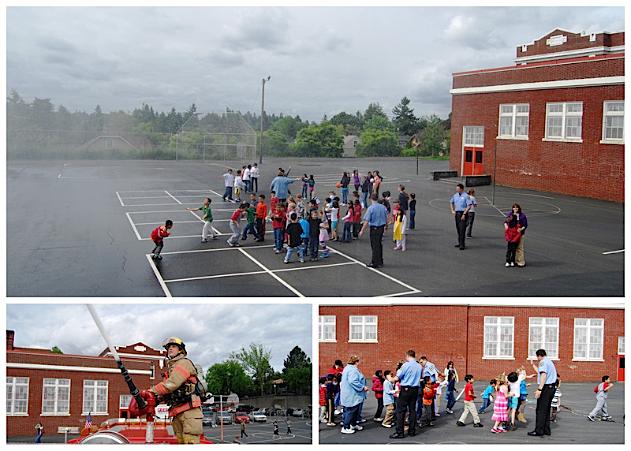 Firefighter Brad was also on hand from Station 3.  Brad was one of the firefighters on fire watch in the early morning hours after the three-alarm fire devastated Marysville.  He recalled performing a fire watch in Ms. Newman’s kindergarten class, which was badly damaged.  In a closet he found a fully intact digital camera and took photos of the classroom for her.  When he returned the camera to her, he and his wife decided to become classroom volunteers in her class several days per week and have volunteered ever since.

Recently, firefighters from Stations 3 and 13 took up a donation amongst them and presented $750 to the Marysville PTA today.  In the words of a first grade teacher at today’s presentation, this type of event helps to “demystify and destigmatize the experiences these kids have had with fire already at such a young age”.

Special thanks to Marysville Elementary for hosting our firefighters and to the teachers and kids who participated in today’s presentation.