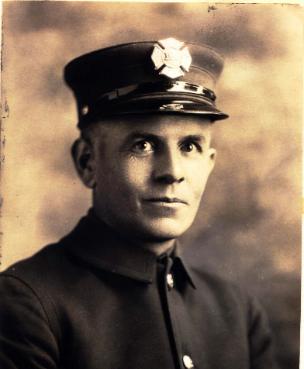 William Wilbur was hired December 5, 1917 and assigned to Engine 18 where he would spend his entire nine year career.

On April 7, 1926, Irvington Engine 18 was dispatched to a house fire at 848 NE Clackamas Street.  The roof was on fire yet easily handled by the crew.  The loss was estimated at $200.  However, the strain of the work was apparently more than the 43-year-old Wilbur could endure.  As the crew prepared to return to their quarters, Wilbur became dizzy and had to be carried to a bed in the home of the fire.  He rested there for five minutes before his heart failed and he died.  The coroner would determine his death due to a heart attack.  He was survived by his wife.

Firefighter Wilbur's service to the citizens of Portland.