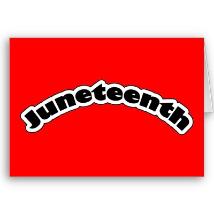 On Saturday, June 19, citizens in Portland had an opportunity to celebrate “Juneteenth,” the oldest nationally celebrated commemoration of the ending of slavery in the United States.

Firefighters at Station 14 showed their support by taking part in the “Freedom Parade,” which traveled along NE Martin Luther King, Jr. Boulevard and ended between Alberta and Sumner streets. Celebration continued there at the annual Juneteenth Festival with specialty foods, musical artists, special guest speakers, arts and craft vendors, and prizes.

What is Juneteenth? Although President Abraham Lincoln signed the Emancipation Proclamation in September 1862, it was not until June 19, 1865 that freedom came to the last slaves in Texas.