The cause of the apartment fire today has been determined to be smokers carelessness.  Please remember to use the correct receptacles when extinguishing cigarettes.

The loss determined for the structure was approximately $380,000 and the approximate amount of loss for the contents was $30,000. 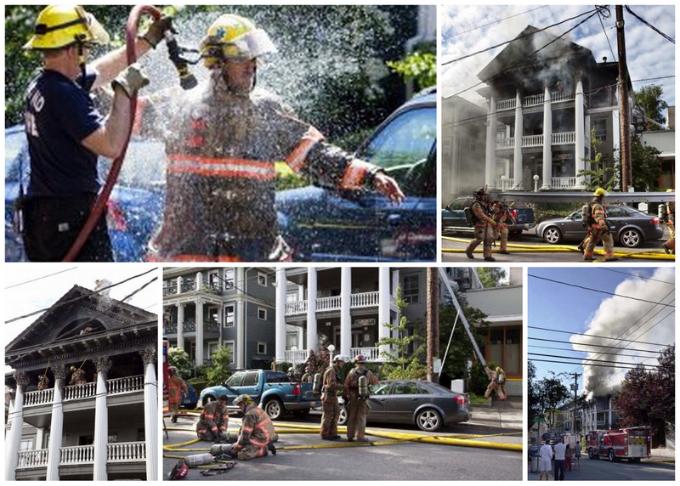 Portland Fire & Rescue responded to a report of an apartment fire at 7:34 this morning at 2068 NW Flanders Street in Portland, Oregon. When crews arrived at 7:37 am, the front of the third floor was showing heavy fire. The first arriving engine company hit the fire quickly from the exterior before entering the structure for an interior attack. Due to electrical wires in front of the building and difficult access on either side of the apartment building, gaining access to the fire from the exterior presented a challenge to the crews.

There were initial reports from tenants that someone may have still been on the second floor. After searches were conducted, all floors were found to be clear. Getting to the final areas of the fire were tedious and time consuming for the firefighters. After calling additional resources to the fire scene, it was determined to be under control at 8:45 am.

Crews are still working at this time and investigators are on scene working to determine the cause of the fire. Red Cross is currently on scene to assist where needed.

Further information will be posted as updates are available.