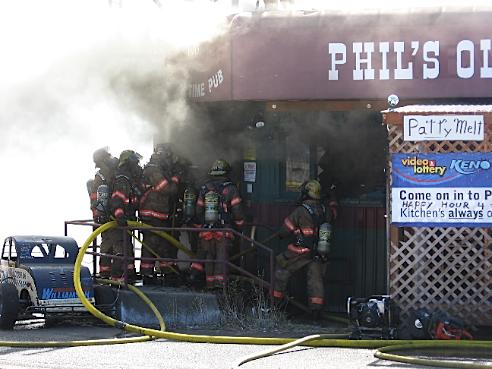 On Tuesday, July 6, 2010, Portland Fire & Rescue (PF&R) responded to a 2-alarm fire that destroyed a bar in NE Portland.  A fire was reported at Phil's Old Time Pub located at 8103 NE Martin Luther King Jr. Blvd. just north of Columbia Blvd., about 3:10 p.m.  Crews spotted heavy smoke coming from the building's roof and vents and called for the second alarm at around 3:30 p.m. 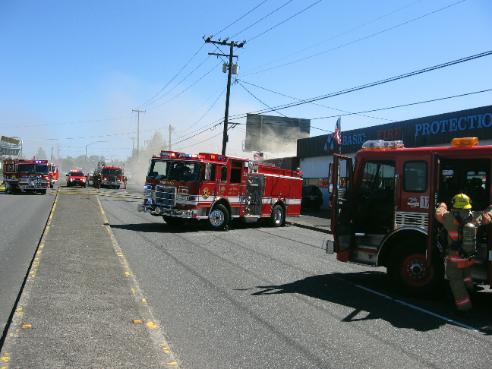 PF&R’s response to knock down this fire included eight engines, four trucks, and a rehab unit.  The alarm was recalled at around 4:00 p.m. with firefighters remaining on scene to extinguish hot spots.  Traffic on MLK Jr. Blvd. was diverted for several hours due to the emergency response.  Firefighters battled this blaze as temperatures climbed into the high 80’s. 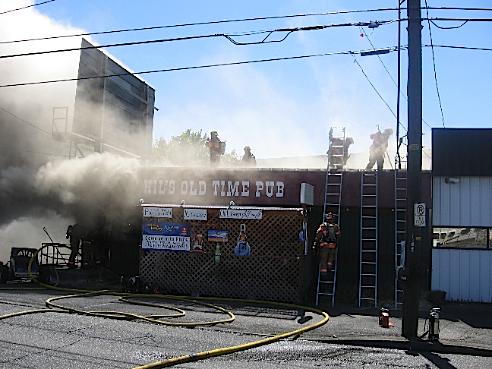 Photographs are courtesy of Paul Cone, Bureau of Transportation.