It was a busy morning for Portland Fire & Rescue. Fire crews were on the scene of two early morning fires.

The first fire broke out at a two-story residence at 1535 SE César E. Chávez Blvd. Crews were dispatched at 6:28 am and arrived to find smoke showing from the second floor. Initial reports indicated that someone was still in the basement. After thoroughly searching the home, which contained 11 occupants, firefighters determined that all occupants had safely escaped the fire.

Crews successfully extinguished the fire on the second floor, which had spread to multiple rooms and the attic. The cause of the fire was determined to be candles too close to combustibles in the closet. No damage assessments are available at this time. Portland Fire reminds citizens not to place lit candles or any open flame too close to combustible materials or leave candles unattended.

Crews were dispatched to a second fire just seven minutes later at 6:35 am. This fire broke out in the kitchen of an apartment at 4617 NE 95th Avenue. Fire crews arrived to find black smoke coming out of a first floor unit. Crews determined that all occupants had escaped the apartment and extinguished the fire. 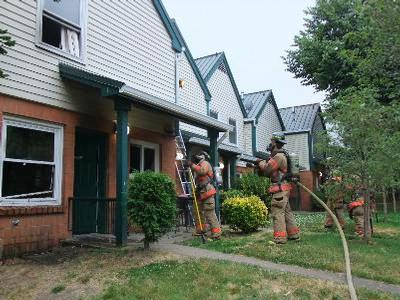 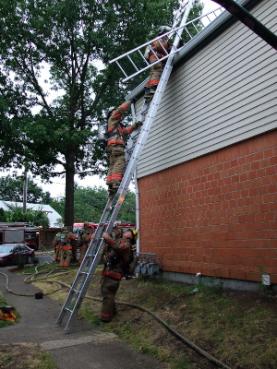 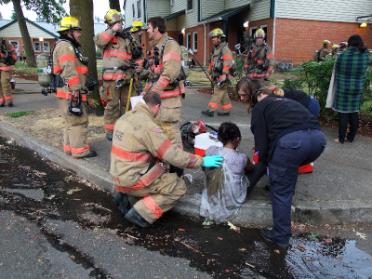 Three victims – 2 females and 1 male - were treated at the scene for smoke inhalation. One of the three victims was transported to Emanuel Hospital. The fire was contained to the unit of origin. The occupants will be displaced as a result of the fire damage. Investigators are still on scene and there are no damage assessments or cause available at this time.

Portland Fire & Rescue is on the scene of two fires.

The second is an apartment fire at 4617 NE 95th Avenue between NE Prescott and Wygant Streets that was dispatched at 6:35 am.

Updates on these fires will be reported as they become available.