A cause has been determined by Portland Fire Investigators for a fire that happened earlier today at 4617 NE 95th Ave.  Investigators report that a grease fire on the stove caused the fire, resulting in three occupants who needed treatment at the scene for smoke inhalation.  One of the patients, a female, was transported to Emanuel Burn Center with severe burns. A photo of the scene is attached.

On Wednesday, Portland Fire treated three burn patients in two separate incidents.  One incident resulted in a female being transported to Emanuel Burn Center with severe burns that occurred from a barbecue fire.  The fire started when a cap fell off a bottle of lighter fluid and squirted a large amount onto the fire.

Later that day, Portland Fire responded to reports of a grease fire on a stove.  Two occupants were injured when they moved a pan that spilled flaming vegetable oil.  This resulted in two patients being transported to Emanuel Burn Center with severe burns.

A Public Information Officer will be at Portland Fire Station 5, located at 1505 SW DeWitt in Portland, from 4:00 – 4:30 pm today to meet with reporters for a cooking safety demonstration involving live fire and fire suppression techniques.

•Do not move a pan until cooled completely

•If a fire extends, or you are unable to immediately extinguish it, evacuate all occupants and call 9-1-1 immediately 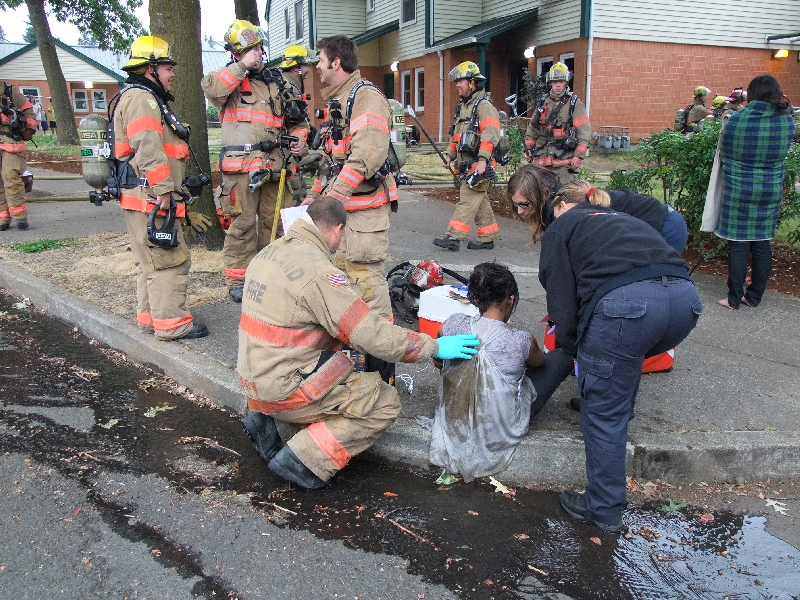