Portland Fire & Rescue investigators state that the fire was caused by smoker's carelessness.

Reports indicate that there were four occupants in the home at the time of the fire including an 84-year-old female and three males, ages 50, 54, and 58.  A 54-year-old disabled male was able to crawl to the door and was reportedly carried out of the home by another male occupant. He was transported to Adventist Medical Center due to smoke inhalation.

Another male occupant received minor burns to his hand as a result of trying to put out the fire from the exterior of the home with a garden hose.  His injuries did not require transport to a hospital.

Estimated value of the home was $220,000.  The structural loss is estimated to be $150,000 and the home's contents are considered a complete loss.  There is no information available at this time on the cause of the fire.

*********
At 6:49 am, Portland firefighters responded to reports of a house fire at 14535 SE Rhine Street.  Upon arrival, crews found heavy fire coming from the front window of the house.

A male in his 50's was helped out of the house by neighbors prior to the arrival of firefighters.  The resident inhaled some smoke and was transported to Adventist Medical Center.

An investigator is currently on scene and is investigating the cause of the fire.  The Gresham Fire Department assisted Portland Fire & Rescue on this fire.

**Photos will be posted as soon as they are available. 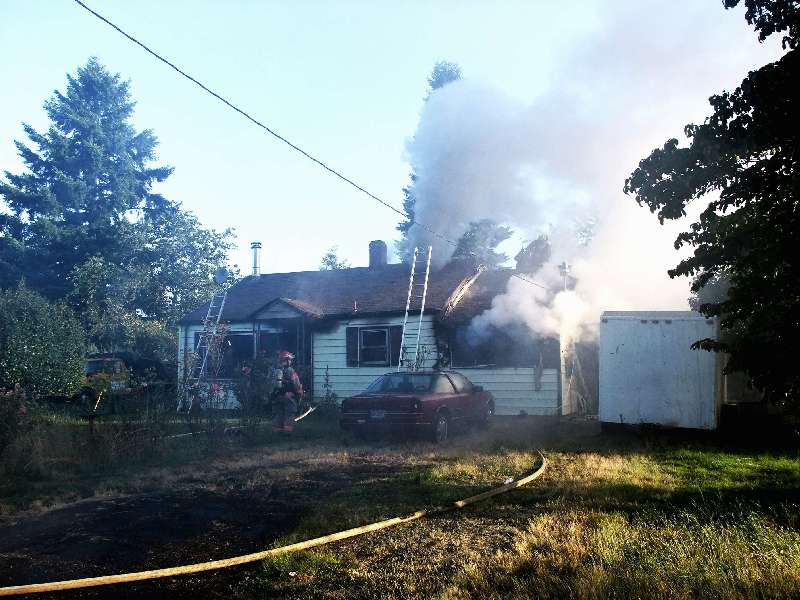 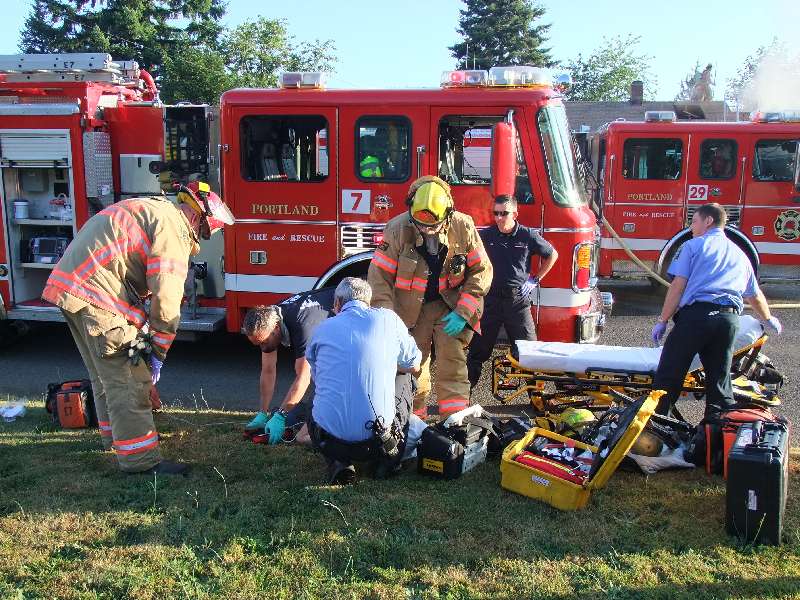 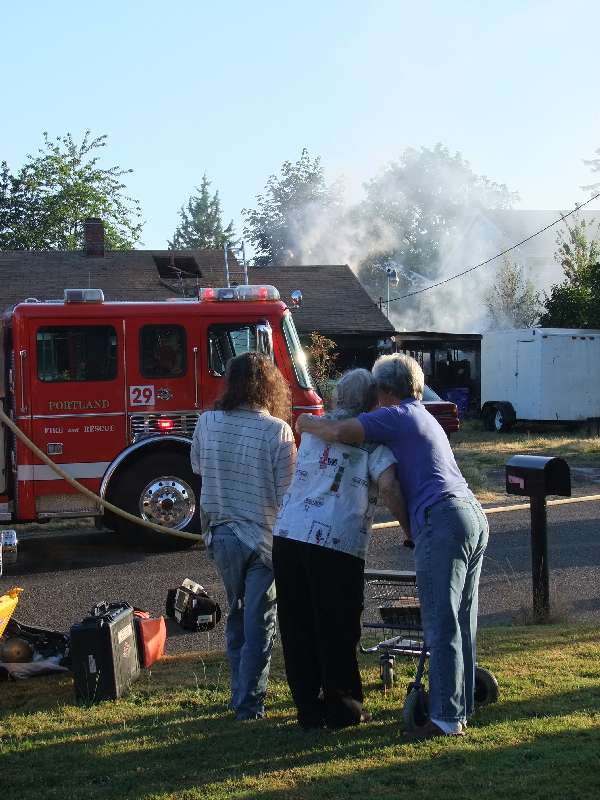