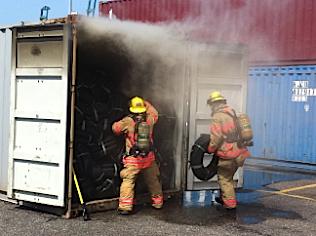 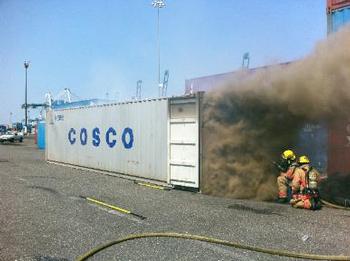 At 1:50 pm, crews from Portland Fire Stations 8, 17, and 26 were dispatched to the scene. Upon arrival, crews found smoke and flames coming from a 40-foot long storage container full of tires. The container was located approximately 100 feet away from a hazmat area, making conditions potentially hazardous for firefighters. The fire was brought under control at 2:07 pm. 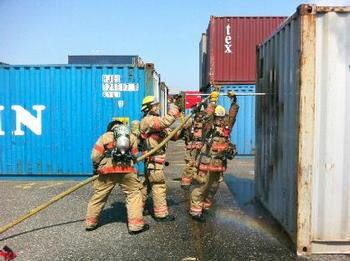 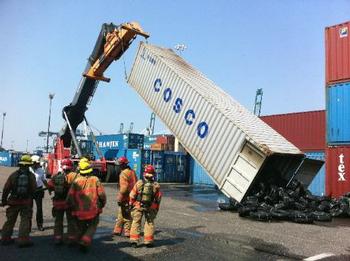 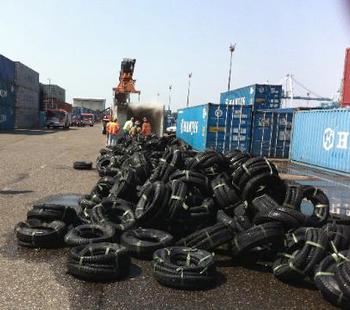 Portland Fire & Rescue provides fire suppression for the Port of Portland's marine terminals. Incidents of terminal fires are relatively low considering that in 2009, over 174,000 container units were loaded onto or discharged from ocean going vessels and 2.8 million tons of container cargo was handled. However, given the large volume and value of product handled through the Port of Portland, rapid fire response is critical.

All photos courtesy of Paul Cone from the Portland Bureau of Transportation.

I was diagnosed with bulbar ALS in the summer of 2019; My initial symptoms were quite noticeable. I first experienced weakness in my right arm and my speech and swallowing abilities were profoundly affected. The Rilutek (riluzole) did very little to help me. The medical team at the ALS clinic did even less. My decline was rapid and devastating.if it were not for the sensitive care and attention of my primary physician I would have been deceased,There has been little if any progress in finding a cure or reliable treatment. Acupuncture eased my anxiety a bit. Our primary physician recommended me to www. kycuyuhealthclinic. com and their amazing ALS treatment. My symptoms including muscle weakness, slurred speech and difficulty swallowing disappeared after 4 months treatment!  The herbal treatment is a sensation.