At 1:50 pm, crews from Portland Fire Stations 8, 17, and 26 were dispatched to the scene.  Upon arrival, crews found smoke and flames coming from a 40-foot long storage container full of tires.  The container was located approximately 100 feet away from a hazmat area, making conditions potentially hazardous for firefighters.  The fire was brought under control at 2:07 pm.

Portland Fire & Rescue provides fire suppression for the Port of Portland's marine terminals.  Incidents of terminal fires are relatively low considering that in 2009, over 174,000 container units were loaded onto or discharged from ocean going vessels and 2.8 million tons of container cargo was handled.  However, given the large volume and value of product handled through the Port of Portland, rapid fire response is critical. 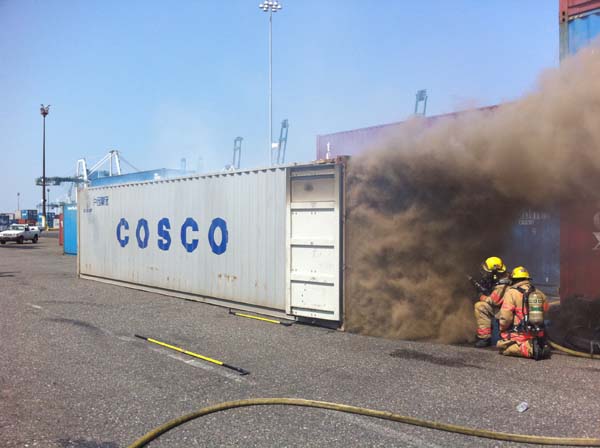 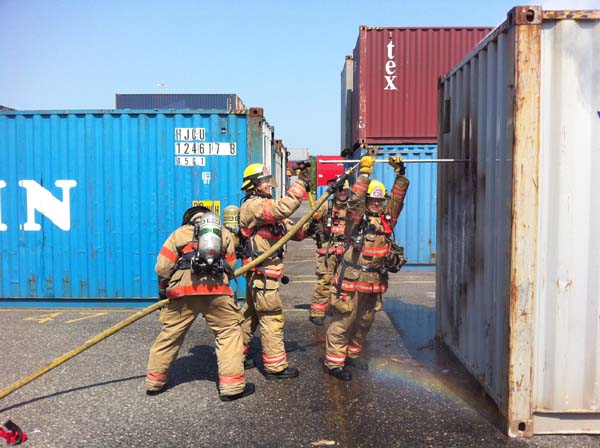 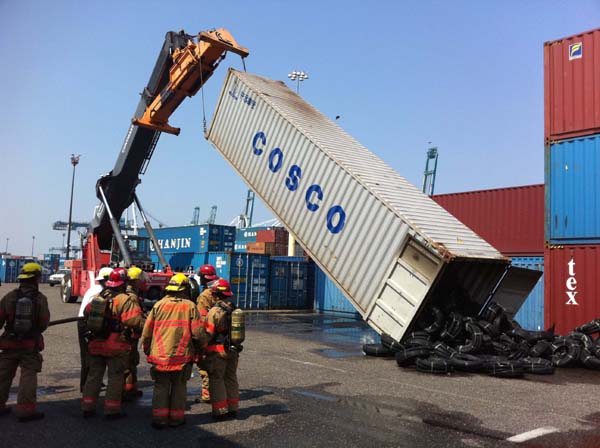