Gresham and Portland firefighters responded to reports of heavy fire coming from a 2-story apartment building at 1:36 pm. A 2nd alarm was called at 1:40 pm bringing additional resources to the scene.

One civilian suffered smoke inhalation as a result of the fire but declined to go to the hospital. Firefighters battled this blaze in extremely hot weather. The additional units called to the scene enabled commanders to rotate firefighters and prevent heat exhaustion. Approximately 50 total fire personnel from Gresham and Portland responded to this fire.

Photos will be made available in the near future.

Gresham Fire & Emergency Services and Portland Fire & Rescue are responding to a 2-alarm apartment fire at 1371 NE 162nd Avenue in Gresham. Firefighters were dispatched at 1:36 pm. to reports of a 2-story apartment with heavy fire showing out of the roof.

A Public Information Officer is responding. Updates will be provided as they become available. 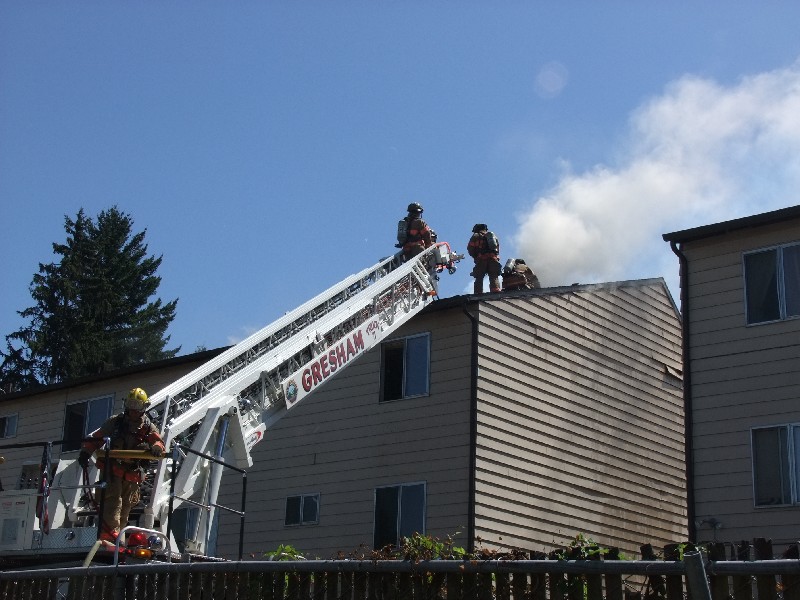 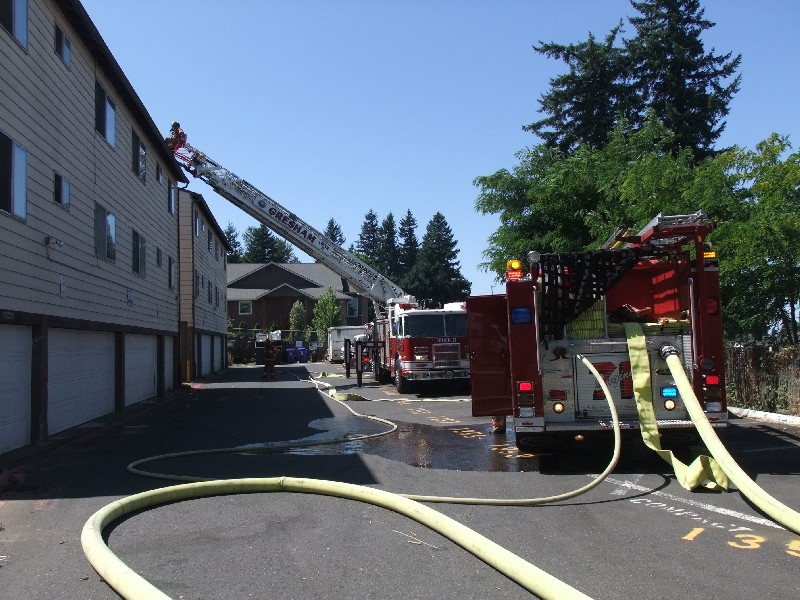 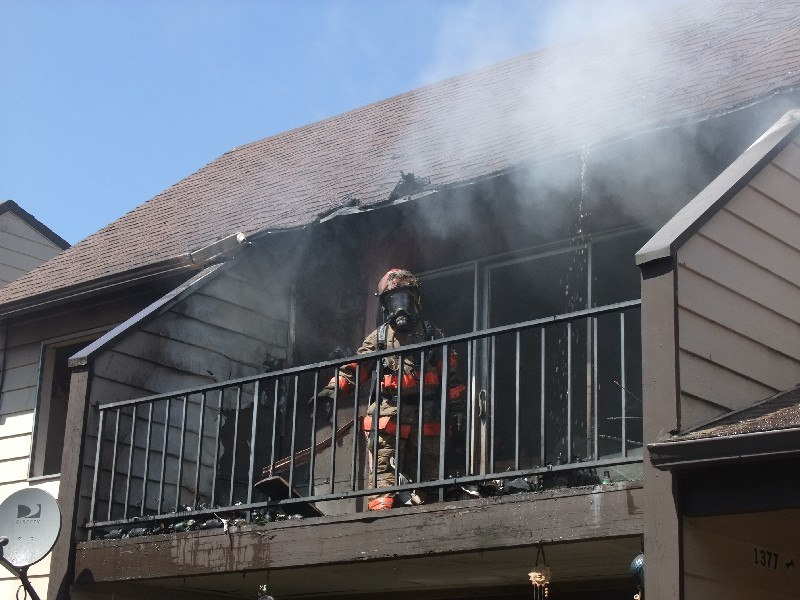