Portland, especially the downtown area and inner-east side, is filled with narrow streets, made even narrower by parked cars. Getting around in a normal sized vehicle can often be difficult especially during peak commute times. Firefighters have to navigate these busy streets while maneuvering a 55-foot long truck that weighs over 30 tons, while rushing to an emergency. This can be quite a challenge. However, many stations, especially in the densely built downtown area, are equipped with tiller trucks to help them reach emergencies more quickly. 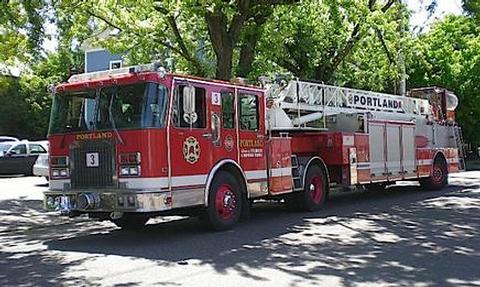 A tiller truck is a truck specifically designed for making tight corners, especially in the city. Picture a tractor-trailer rig with someone steering the trailer, as well as the tractor.  It has two different steering wheels for the front and back tires. This allows the drivers to take sharper corners and navigate tight city streets. Many cities including Los Angeles, San Francisco, Dallas, Baltimore, Seattle, Washington, DC and Philadelphia rely heavily on this type of apparatus. Portland Fire and Rescue has six tiller trucks in service. 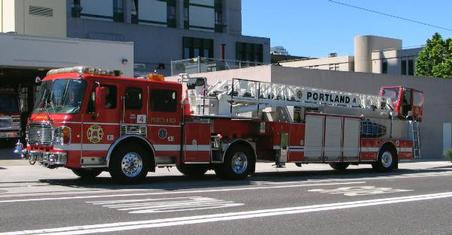 Driving a tiller truck is exactly opposite of what you would do while driving a typical vehicle.  For every turn the driver makes, the tiller driver makes the exact one just in the opposite direction. Sound confusing? It is. But firefighters who have driven for a while could probably do it in their sleep. 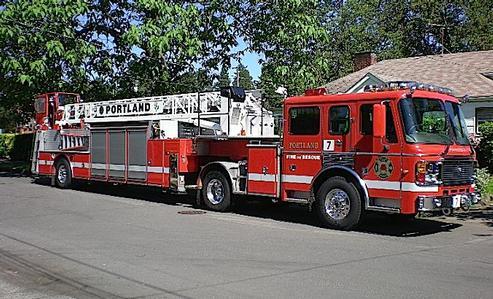 Tiller trucks are equipped with safety features that prevent the engine from starting until the tiller driver has his foot on a pedal. In the tiller driver’s cab there are no gas or brake pedals, there is simply one pedal for the start and one to use as a signal in case the radio head sets are not working.

Every truck and engine in the city is equipped with radio head sets, one for each crew member. Headsets allow the crew to hear each other over the loud motor and discuss the upcoming incident and tactics they will use. The radio correspondence from dispatch can also be heard through these headsets. This helps keep the tiller driver, who is 55 feet behind the rest of the crew, informed and in communication with the driver and rest of the crew. 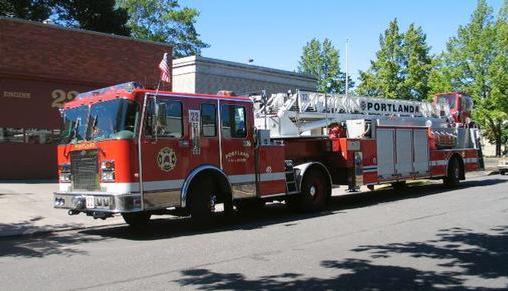 Tiller trucks are a unique type of apparatus that allows Portland Fire to respond to calls in the fastest manner possible. It’s just another way Portland Fire is always ready, always there! 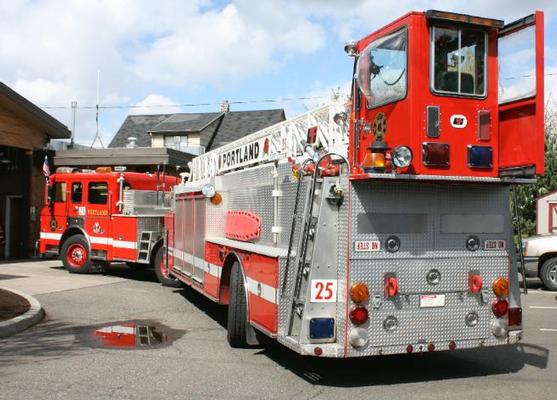