A crew from National Geographic was in town the week of August 16th to film footage of the Willamette River shoreline for a documentary.  The film will chronicle in part how earthquakes can dramatically alter and cause abrupt changes in river shorelines. 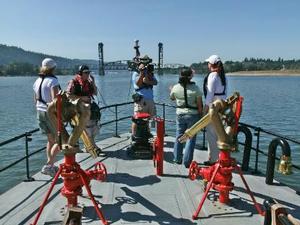 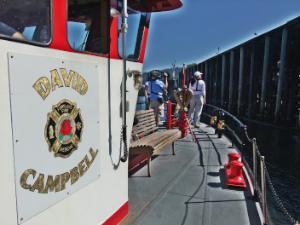 The National Geographic film and reporting crew enlisted the help of Portland Fire & Rescue’s (PF&R) Fireboat David Campbell to provide a riverside view of the Willamette River’s west bank and waterfront.  They used film and audio to showcase and explain how much of the Willamette River’s shoreline is composed of massive amounts of sawdust, mill wastes, dredge spoils, gravel, debris from demolished buildings, and garbage. 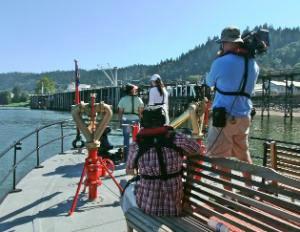 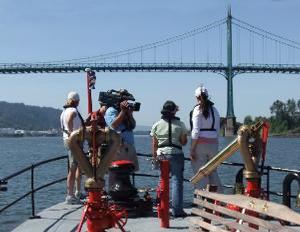 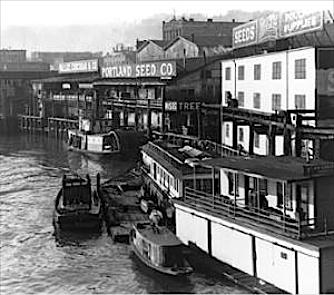 Click here to learn more about the Willamette River’s history on the City of Portland Bureau of Environmental Services’ website.