Portland firefighters responded to reports of an attached garage on fire at a residence located at 330 NE 131st Place at 8:31pm.  This was the second residential fire today that SE Portland Fire Station 7's engine and truck have responded to.

Upon arrival, firefighters encountered heavy smoke and flames coming from the garage.  Complicating the scene and making conditions hazardous was the fact that firefighters found oxygen bottles and propane tanks, one of which was leaking, in the garage.  This discovery required firefighters to temporarily back out of the burning structure.   A search of the home revealed that all occupants had safely evacuated.

Firefighters brought the fire under control at 9:07pm.  A Fire Investigator is currently on scene looking into the cause of the fire and damage estimates are not yet available. 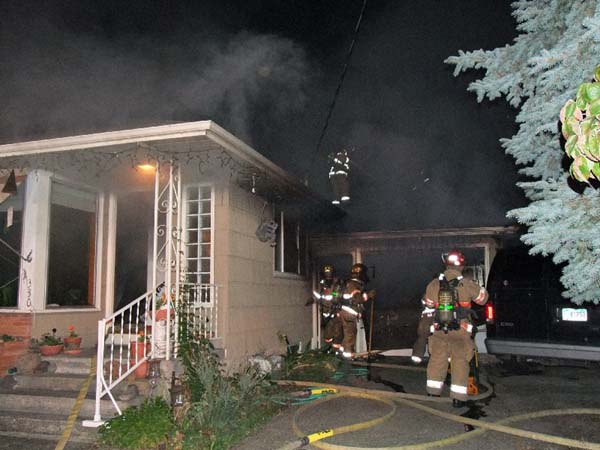 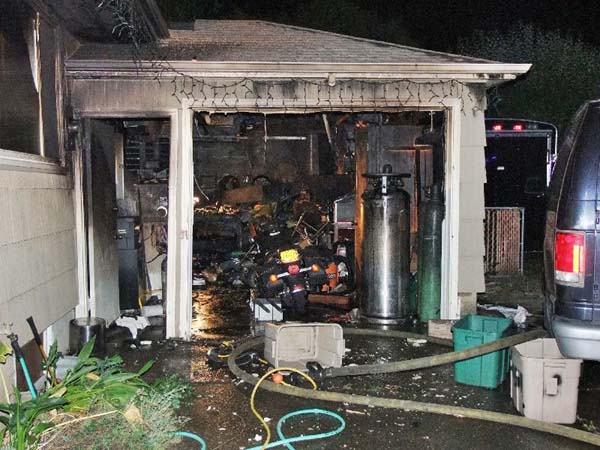