Portland firefighters responded to a head on collision between two cars and a school bus at 8:45 am.  The accident took place at the intersection of SE 143rd Avenue and SE Powell. 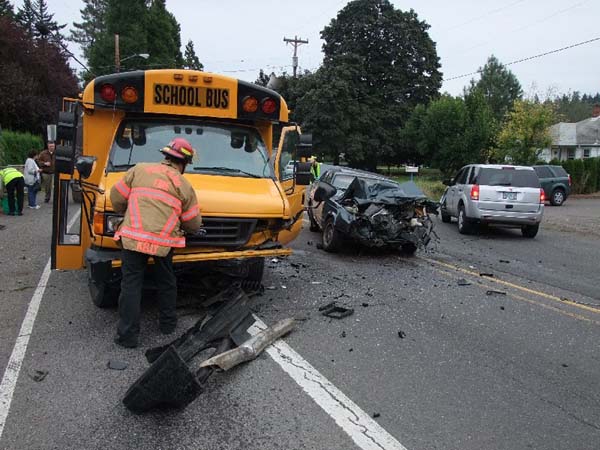 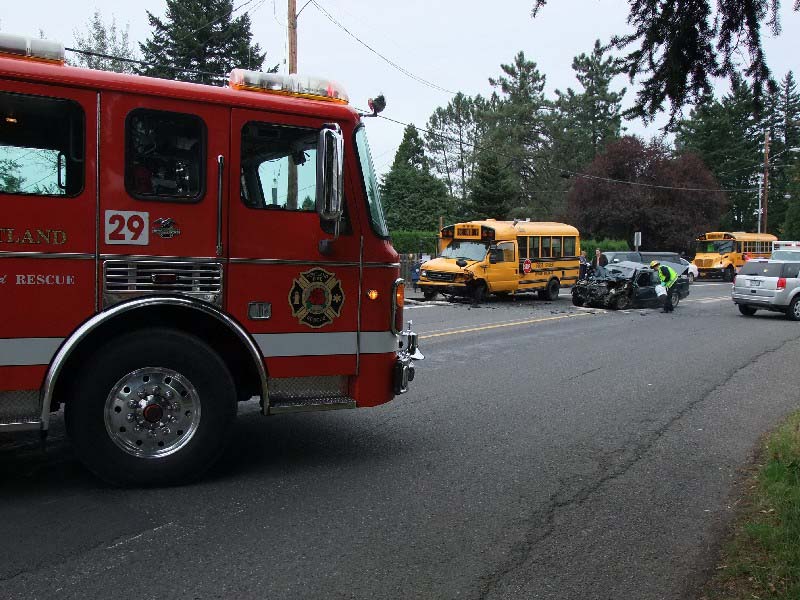 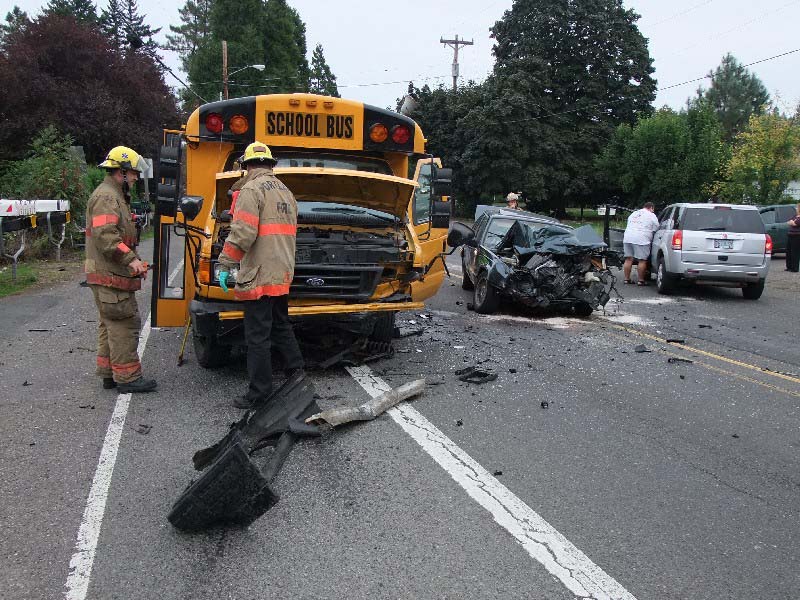