September 24, 2010 -- Off-duty Portland firefighters from Station 7 showed their support of the David Douglas High School Football Team by hosting a BBQ in the team’s honor at the DDHS Stadium.  The firefighters borrowed the Portland Firefighters Association (PFFA) Local 43’s BBQ and purchased, cooked, and served burgers and homemade pasta salad to the team. PFFA assisted with food expenses. 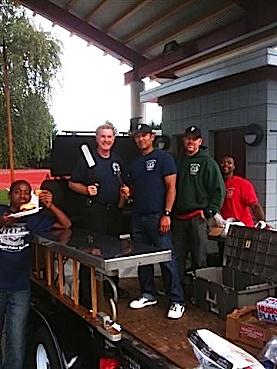 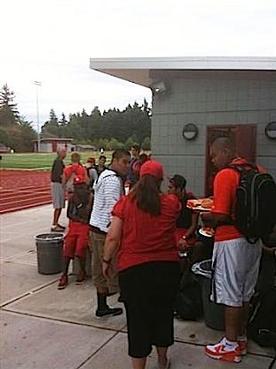 Fire Truck 7’s crew stopped by to take photos with the football players and encourage teamwork and commitment to their community. 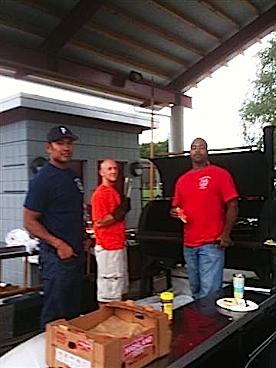 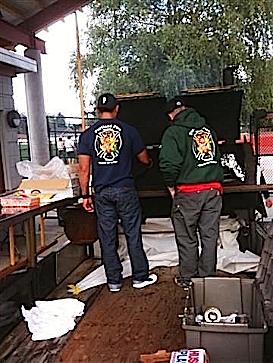 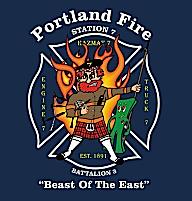