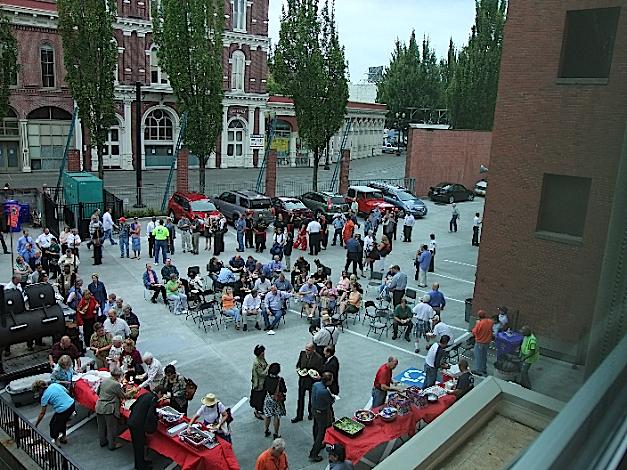 Yesterday, citizens helped Portland Fire & Rescue celebrate the return of personnel and equipment to Fire Station 1 at an Open House. The public and media toured the station and administrative offices, located at 55 SW Ash Street. 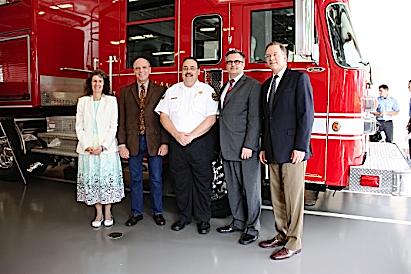 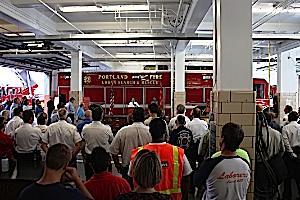 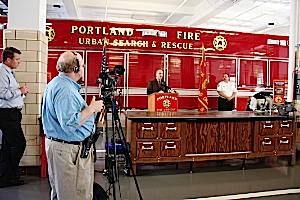 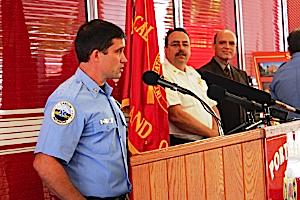 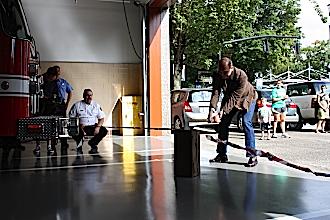 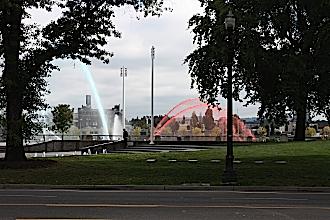 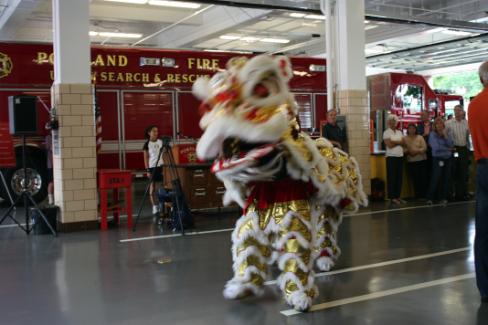 Firefighters demonstrated some of the specialty team expertise housed at Station 1 including high-angle rope rescue techniques and dive team equipment. Firefighters also discussed the history of Station 1 and poster displays helped explain and illustrate how taxpayer money, funded through a General Obligation bond, has ensured that fire stations throughout the City have been seismically upgraded. 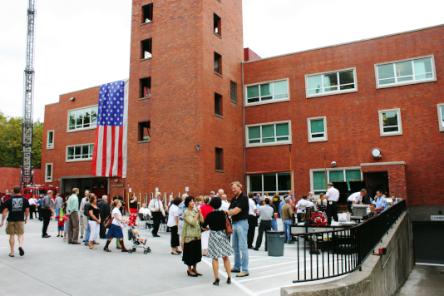 Additional photos of the Station 1 Open House will be posted on Portland Fire & Rescue's Facebook.