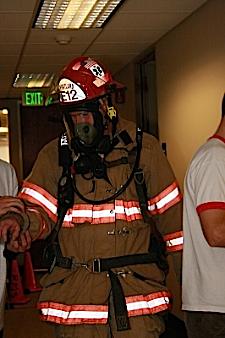 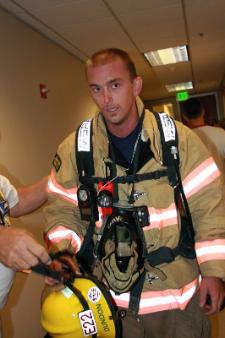 On Sunday, September 26th at 9:00 am, firefighters from across the country participated in the 2nd Annual Portland Firefighter Stairclimb Challenge benefitting the Cystic Fibrosis (CF) Foundation. 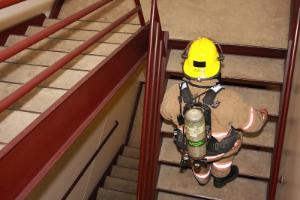 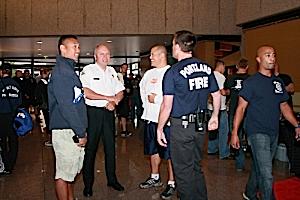 Firefighters climbed the 40 floor, 800 step US Bancorp Tower in downtown Portland, Oregon outfitted in over 70 pounds each of full "combat gear."  The gear included a Self-Contained Breathing Apparatus (SCBA) commonly used in the line of duty. In addition to the competitive ascent of the US Bancorp Tower, firefighters also competed to raise funds in the battle against CF. In 2009, firefighters raised over $52,000 for CF research. 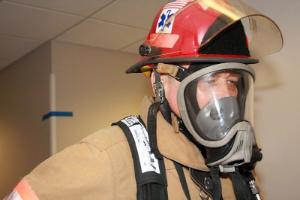 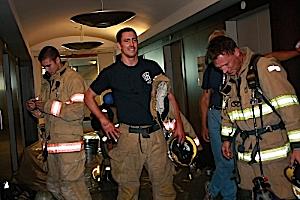 Firefighters contended for men's and women's titles in individual competition. Team titles were also awarded based on the combined time of the team's fastest racers. Results are below. Congratulations to Portland Fire & Rescue Firefighters Elizabeth and Stephenie who placed first and second in the female firefighters division!

Additional race results can be viewed by clicking here. 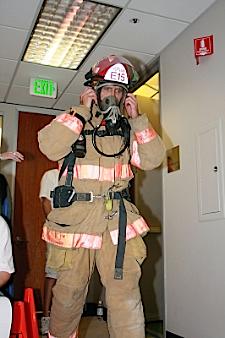 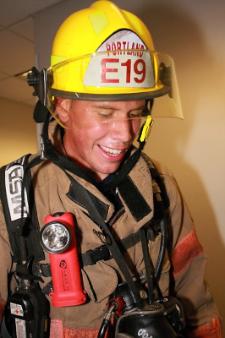 Photos taken by spectators and participants have been posted here.  Congratulations to all participants!

The stair climb seemed to be a great success but the results don't show the amount raised or the departments the winners are from.

Great going and am looking forward to helping next year.