Portland Fire & Rescue responded to reports of a house on fire at 3954 NE 18th Ave at 2:58 am this morning.  There were multiple calls to 911 for the fire, one of which reported 30' flames from the back of the structure and extending to nearby trees. The structure was reported to be vacant by a neighbor. This is the second time within one month that this home has been on fire.

The first arriving firefighters encountered heavy fire showing from the entire second floor of the structure. Due to damage from the first fire and potential hazards related to the compromised integrity of the structure which occur ed on September 8th , firefighters initially used exterior tactics to quickly knock down the main body of fire before sending a crew inside to completely extinguish it.  A thorough search of the home confirmed the house was vacant.

Firefighters brought the fire under control at 3:53am.   Due to its suspicious nature, Fire Investigators are currently on scene looking into the cause of the fire and estimating damage costs. 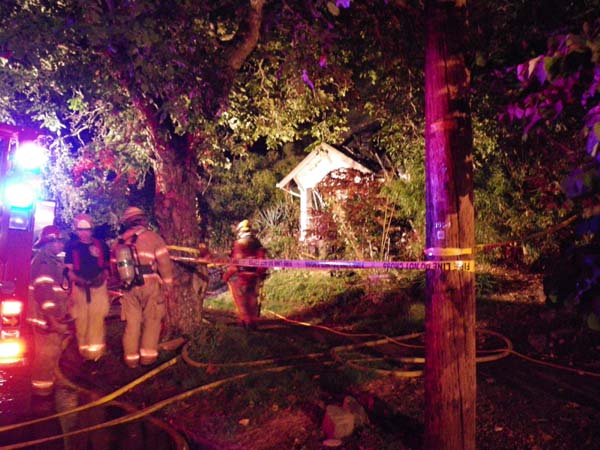 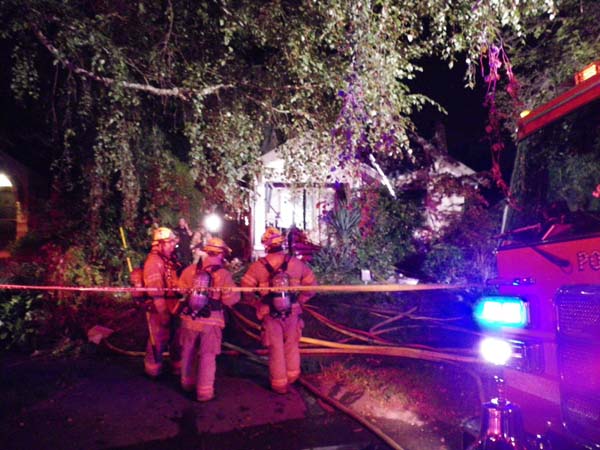 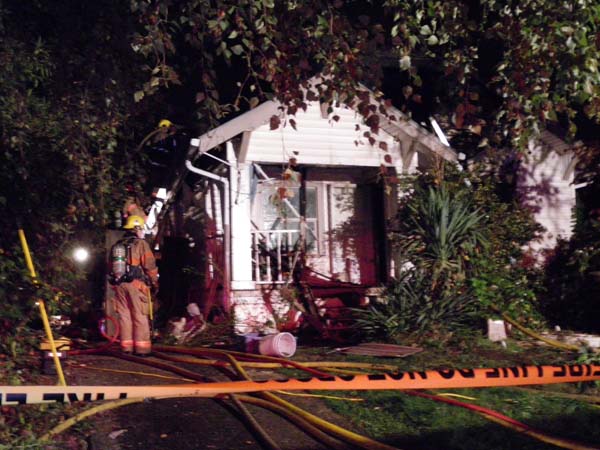 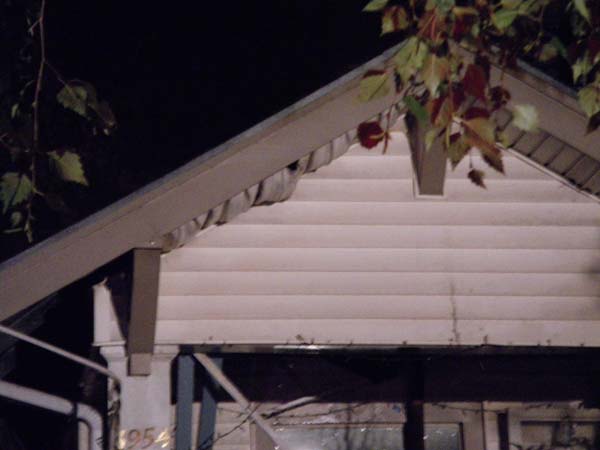