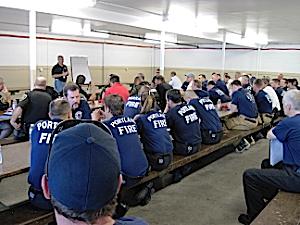 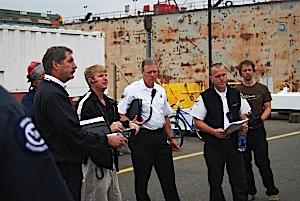 October 6, 2010 -- On Wednesday, September 29th, firefighters from Portland Fire & Rescue and many regional partners took part in an exercise/drill at the Cascade General shipyards, located in North Portland. 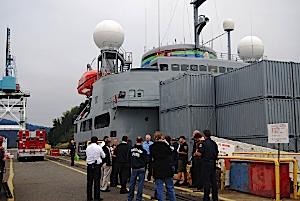 This drill was an opportunity for regional partners to participate in an exercise that practiced hazardous materials, unified command and a ship board rescue (simulating removing an unconscious patient from below deck on a ship).  Exercises like these are particularly important because they provide first responders with hands-on experience and preparation for an actual marine emergency. 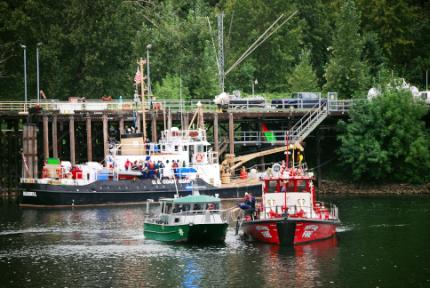 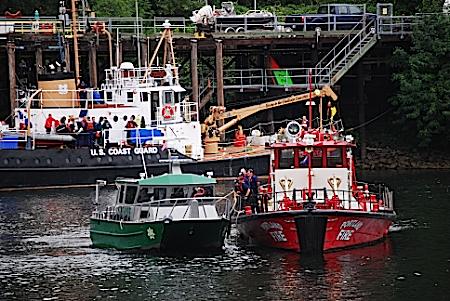 The drill, which was called “Smoke on the Water”, gave officials, observers and players from participating organizations the information necessary to observe or participate in a response to a mid-channel marine emergency exercise and focused on participants’ emergency response plans, policies, and procedures as they pertain to a Unified fire and law enforcement marine response. 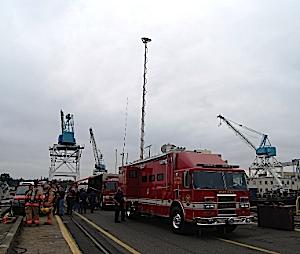 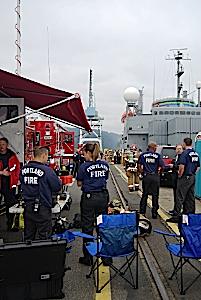 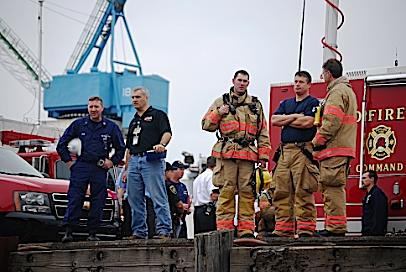 My name is spelled incorrectly on the blog as well as the word "sheriff" at the end of the posting.