Portland, OR -- A Portland man was rescued Saturday night after he lost his footing and fell 12 feet into a ditch while hiking in Forest Park. The accident happened along the popular Wildwood Trail, between the Pittock Mansion and Burnside Road.

Dan Mohrman suffered cuts and scrapes and a head injury, but he was expected to be okay, authorities said.

"It's a rugged terrain. There's trails that cross and switch back throughout forest park,” explained Lt. Bill Goforth with Portland Fire & Rescue. 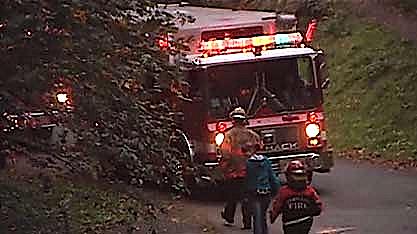 The rescue team used ropes and pulleys to reach Mohrman and then pull him out of the ditch. “I slid down the side of the hill from the path on the Wildwood Trail. They dragged me back up, it was awesome,” Mohrman said after he was pulled to safety.

The hiker was able to walk out on his own after his recuers checked him over and bandaged him up. Goforth said this incident served as an important reminder for how vital it is to always let someone know where you plan to go and when you plan to return home, when venturing out on a hike alone.

It’s also important to carry a cell phone, safety gear and some overnight supplies, just in case something goes wrong.