One of Portland’s many unique attractions is an

The Portland Aerial Tram opened in December 2006 and is the second commuter aerial tramway in the United States (after New York City's Roosevelt Island Tramway). The Tram connects the city’s South Waterfront area with Oregon Health & Science University (OHSU) and the Marquam Hill neighborhood. Traveling at 22 miles per hour, the Tram cabins rise 500 feet for the three-minute trip over I-5, the Lair Hill neighborhood and the Southwest Terwilliger Parkway.

In 2003, Doppelmayr Cable Transportation Engineering Company (CTEC) was selected to design, fabricate, install and maintain the Portland Aerial Tram at a cost of $57 million. The tram was jointly funded by OHSU, the City of Portland, and by South Waterfront property owners, with the bulk of the funding coming from OHSU. While the majority of passengers are affiliated with OHSU, it is open to the public and operated as part of Portland's public transportation network that includes the Portland Streetcar, MAX Light Rail, and Tri-Met buses.

OHSU oversees operation of the Tram, while the city is responsible for the maintenance of the upper and lower stations and tower, and provides regulatory oversight. Portland of Fire & Rescue (PF&R) is responsible for performing rescue operations at emergencies involving the tram and its associated structures. 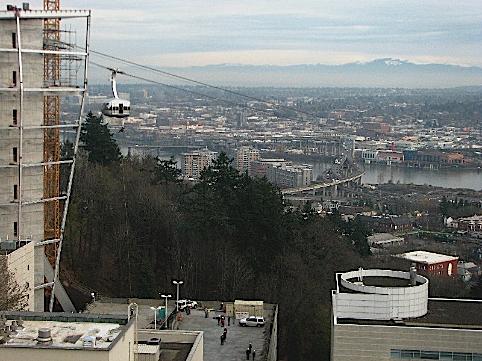 The training exercise took place above OHSU’s Casey Eye Institute parking garage. Crews from the different agencies had the opportunity to work alongside one another and practice an aerial rescue of on-board tram passengers in the event the tram is stopped for an extended period time. 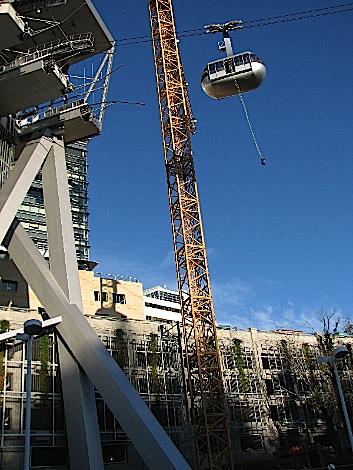 The exercise consisted of firefighters from PF&R’s Technical Rescue Team setting up a rope rescue system and harnesses to lower participating passengers to the top of the parking structure.  Prior to the start of the lowering operation, two members of the rescue team were raised to the tram’s cabin to assist participating passengers. The rest of the Technical Rescue Team stayed on the ground to operate the main line, safety line, and haul system. The Tram Operator was key to the success of the exercise as they were responsible for assembling equipment stored in the floor of the tram that enable rescue team members to be raised safely to the tram’s cabin. 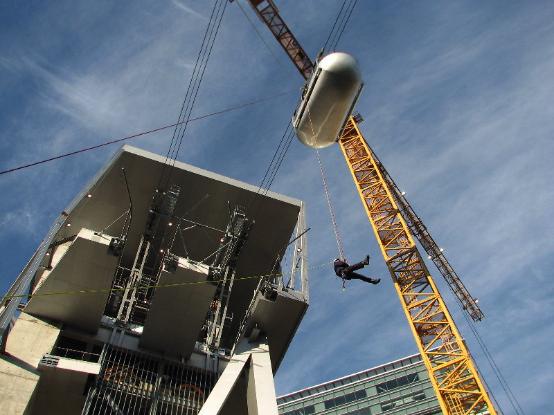 Realistic training exercises such as the tram drill enables PF&R’s firefighters to gain experience and proficiency, mature skills, and ensure they are extremely prepared to respond to emergencies and protect Portland’s citizens and communities.

Click here to learn more about the Portland Aerial Tram.