Station 31, previously Station 45, was originally constructed in 1958 but did not become a Portland Station until 1985 when District 10 consolidated with PF&R.

On Monday, October 25th, firefighters from Portland Fire Station 31 and Gresham Fire Station 73 gathered for the “last supper” at Station 31.  Located at 1927 SE 174th Street, Station 31 is scheduled to be demolished and rebuilt over the next year as part of the 1998 General Obligation Bond passed by voters to ensure that Portland’s fire stations can withstand a major seismic event and still respond to emergencies. 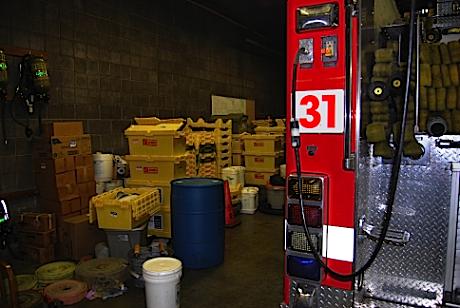 Station 31 is a shared station between Portland and Gresham and is staffed on two shifts by Portland firefighters and one shift by Gresham firefighters.  The station straddles the border between the two cities and firefighters respond to calls on either side of the border in the fire management area (FMA). 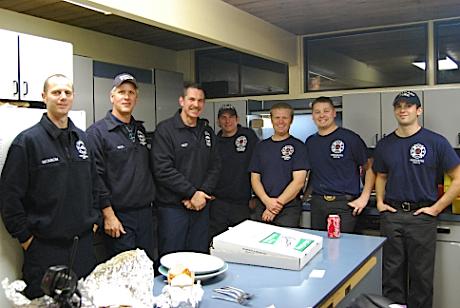 With boxes packed and the “last supper” of pizza from Giuseppe’s Restaurant just down the street from the station eaten, firefighters will now relocate to Gresham Fire Station 74 as its temporary location until the new station is completed in 2011.