Fire alarms are free for Portland residents while supplies last

Portland, OR -- To encourage more people to use smoke alarms, the city of Portland is giving away more than 6,000 high-tech devices. Residents can pick one up during daylight hours at any fire station, while supplies last.

"For a period of about 25 years, we were averaging about 10 to 15 deaths a year," said Don Porth, public education officer for the Portland Fire Bureau. "Now it's down to four or five and directly attributable to having functional smoke alarms." 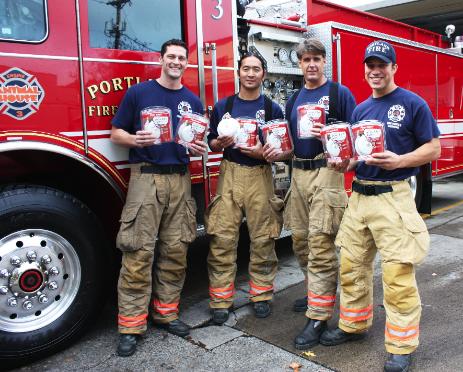 Fire officials say Portland is among five U.S. cities participating in the distribution program; the others are Dallas, Texas; Tucson, Ariz.; Wilmington, N.C.; and Vancouver.

Before 2008, Oregon residents were encouraged to change smoke alarm batteries twice a year, when they moved their clocks ahead or backward. Long-lasting batteries made that unnecessary but created a false sense of security. Now, about 90 percent of city households have smoke detectors, but only about two-thirds are operational, Porth said.

"These new ones offer some cool technology," he said. "We could save thousands of lives nationwide if we had full-scale implementation."

The bureau also recommends replacing all smoke detectors that are 10 years or older; installing an alarm on every floor and in every bedroom, as most fires occur during sleeping hours; avoiding kitchens, where heat and smoke can trigger false alarms; and reviewing escape routes with family members.

To find a list of fire station locations in Portland, visit http://www.portlandonline.com/fire/stations.