Portland, OR -- Foggy conditions may be to blame for a crash that injured two children walking to school in northeast Portland.

A 9-year-old boy and a 7-year-old girl were rushed to Legacy Emanuel Children’s Hospital after the crash at Northeast 15th Avenue and Rosa Parks Way in Portland.

Portland police say the girl suffered a head injury and the boy suffered abrasions on his face. One of the children was entered into the hospital’s trauma unit as a precaution, said a spokesman with the Portland Fire Bureau.

Fire spokesman Paul Corah says the 45-year-old driver didn’t see the children crossing the street because of the fog. She stayed at the scene of the crash and fully cooperated with investigators, police say.

Officers say the driver was not impaired and speed was not a factor. 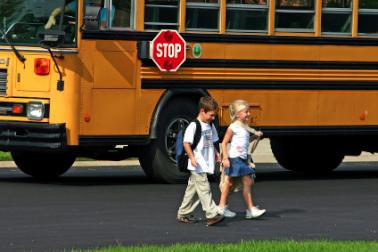