Investigators have determined the fire to be accidental. It was caused by a leaking propane cylinder that the owner had just secured in the back of his boat and accidentally opened one of the valves. While working on the engine of the boat a spark occurred which ignited the LPG gas that had partially filled the boat. Fortunately most of the gas had settled on the water between the boat and the dock so there were no injuries from the fire and the losses to property have yet to be determined. 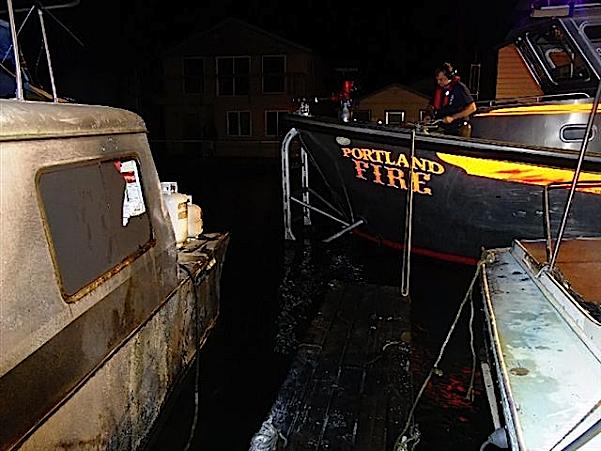 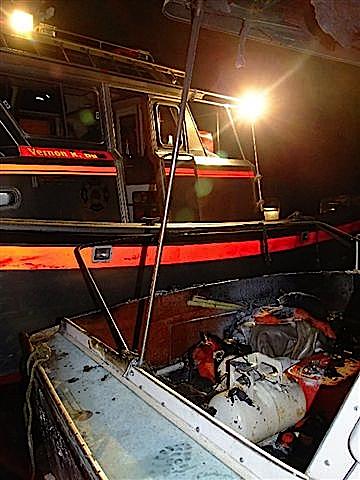 One family has been displaced as the result of the fire, but reportedly has a place to stay.

Portland Fire and Rescue investigators are currently on scene.  No cause has yet been reported. Additional information will be reported when available.