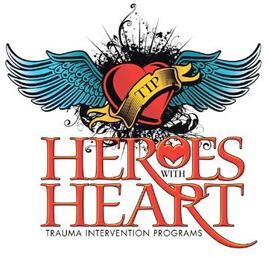 Hundreds of supporters and volunteers with the Trauma Intervention Program NW (TIP NW) of Portland, Oregon and Vancouver, Washington attended the 13th Annual Heroes with Heart Awards Dinner and Auction last night at the Red Lyon – Jantzen Beach in Portland, Oregon.  There was energy and compassion in the air along with bustle of activity, great company, and generous ways to donate to a worthy cause at every turn.

One of the main events attendees look forward to each year was the silent and live auctions. The auctions included items, services, and themed-baskets donated by Portland and Gresham Fire stations. Portland Fire & Rescue firefighters gathered items, certificates for services, and packaged close to 20 themed baskets for attendees to bid on.

The proceeds of the auction directly benefit TIP NW. TIP is a national voluntary nonprofit organization dedicated to ensuring that those who are emotionally traumatized in emergency situations receive the assistance they need. To accomplish that goal, TIP works closely with local communities to establish emergency services volunteer programs. In these programs, well-trained citizen volunteers are called to emergency scenes to assist family members, witnesses, and other bystanders who the emergency system often must leave behind.

TIP volunteers are available on a 24-hour, 365-day basis to support family members after a death, crime victims, survivors of suicide, children left alone after a death or injury to their parents, senior citizens and anyone else referred to us by emergency responders.

Are you interested in assisting citizens in the Portland and Vancouver areas that are in crisis?  Click here to get more information on the upcoming January 2011 TIP Training Academy or visit the official TIP NW website at http://www.tipnw.org.