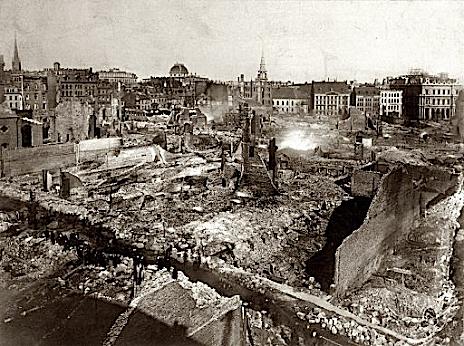 The Great Boston Fire of 1872 was Boston's largest urban fire and still one of the most costly fire-related property losses in American history.

The fire began just after 7:00 pm on November 9, 1872 in the basement of a commercial warehouse in Boston, Massachusetts. The exact cause of what started the fire was never determined but the common consensus is that coal spark from a steam boiler that powered an elevator in the building may have ignited dry materials stored near the boiler. 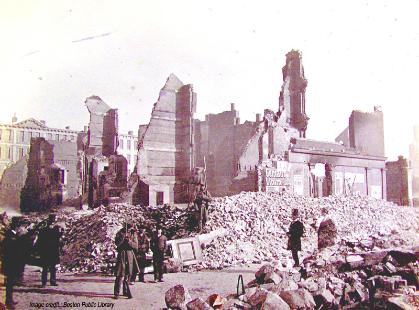 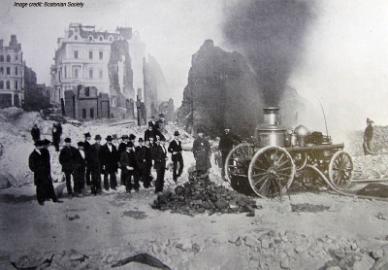 The fire was finally contained several hours later, after consuming close to 800 buildings and over 60 acres in downtown Boston, causing $75 million in damage.

The fire rendered thousands of Bostonians jobless and homeless. However, the burnt district was quickly rebuilt, mostly from the private capital of Boston's commercial property owners. City planning during the post-fire reconstruction caused several streets in downtown Boston to be widened. Most of the rubble and ruins of the buildings destroyed by the fire was dumped in the harbor to fill in Atlantic Avenue.