As of Monday, November 8, 2010, the demolition and new-construction of Portland Fire & Rescue's easternmost fire station is officially underway. This long-awaited rebuild of Station 31 is the last new-construction project supported under the City of Portland’s 1998 seismic upgrade bond. 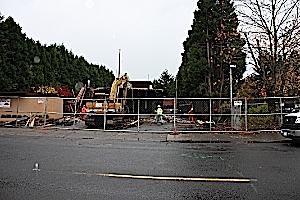 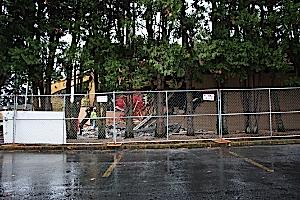 The Portland and Gresham firefighters have been reassigned to work out of Gresham Fire Station 74 until the station is rebuilt.

New Station 31 will be completed in about a year and will have an expanded apparatus bay to hold fire equipment and apparatus, and most importantly, accommodate future growth. The station will also be more energy efficient and resistant to earthquakes.