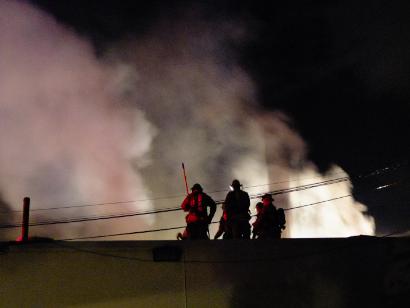 Portland Fire & Rescue responded to a second alarm fire at 2:15 this morning at the Parkrose Shoe Hospital at 10424 NE Sandy.  Responders found a working fire in a commercial structure.  Several businesses are in the same building, sharing a common attic which allows fire to spread quickly.  A second alarm was called at 2:24 as a precaution.

The first crews knocked the fire down quickly, and the second alarm crews were allowed to return to quarters.

Investigators are on scene.  At this time there are no loss estimates.