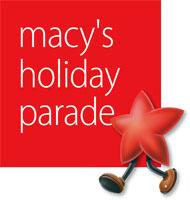 Also joining the festivities will be an amazing Make-A-Wish family who will ride alongside the local Portland special guests.

Featuring more than 25 balloon floats, local school marching bands, costumed characters, and local community groups, the parade will begin at 9:00 am on the corner of NW Park and Davis.  The parade will then travel east to Broadway, south on Broadway to SW Alder, east on Alder (past Macy’s) to 4th Avenue, north on 4th to NW Flanders Street, west on Flanders Street to NW Park Avenue and end at Macy’s doorstep in Downtown Portland.

According to Macy’s Holiday Parade press release, a new addition this year is a three-star helium balloon float as well as treasured favorites such as the Oregonian’s Dog “Spot” float, the “Get a Life” Marching Band, and several local middle and high school marching bands.

Stop by the parade to ring in a season of good cheer with Santa Claus, Chief John Nohr and special guests, and your fellow citizens!