On Tuesday, December 7th, 2010, Portland Fire & Rescue (PF&R) will officially christen our new rescue boat as the “Eldon Trinity.” The name honors the memory of four-year old Eldon and seven-year old Trinity Smith who were thrown from the Sellwood Bride into the Willamette River last May 23rd. Eldon Smith drowned. His sister Trinity Smith survived. 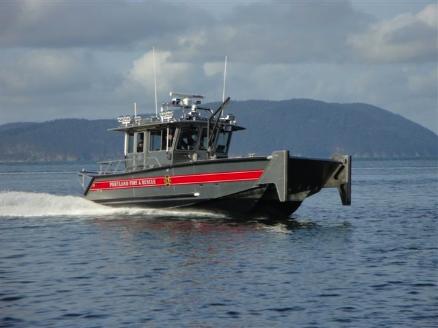 The christening and dedication will be held at PF&R's Fire Station 21 under the east end of the Hawthorne Bridge (05 SE Madison, Portland OR). Trinity and her father Jason will attend and speak at the ceremony.  After the dedication, the family will take the boat out to place a wreath in the river under the Sellwood Bridge.

City Commissioner Randy Leonard noted that the new rescue boat will ensure a more timely response for future river rescues in the downtown core.  The Eldon Trinity is equipped with two powerful engines and will be located at a fire station on the Willamette, helping to decrease response times.

Check back here for information and further details about the christening and dedication ceremony.