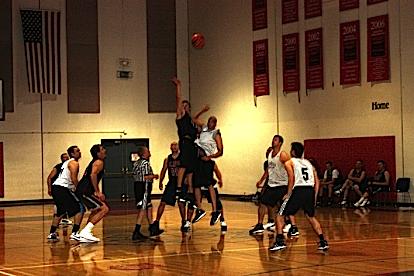 On Thursday, December 2, 2010 and Friday, December 3, 2010, teams of firefighters from across the Portland-Metro area will light the court on fire participating in the 18th Annual Jeff Tuggle Memorial Basketball Tournament.  This event is an annual fundraiser at the Salvation Army’s Moore Street Community & Worship Center in North Portland.

About 70 to 80 off-duty firefighters from Portland Fire & Rescue (PF&R), Clackamas, and Hillsboro Fire will compete in the two-day Jeff Tuggle Memorial Basketball Tournament. The participating PF&R firefighters hail from Stations 1, 4, 8, 22, and 25 and look forward to the annual tournaments as a way to support and give back to their community. 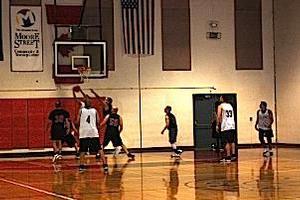 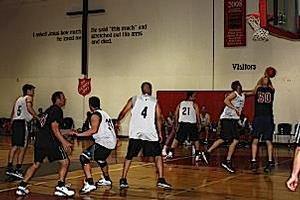 The Community & Worship Center first opened its doors in 1984, and PF&R firefighters utilized the gym to play basketball and exercise. Soon, the idea of a firefighter basketball tournament formed to help raise money for the center’s programs and community events. Out of the idea was born the annual Fireman’s Basketball Tournament.  This tournament became such a success that a second Tournament was added in the winter of 1992 and was called the “Jeff Tuggle Memorial Basketball Tournament.”

Each year, the tournaments have grown and added teams from Tualatin Valley Fire & Rescue, Gresham Fire, Clackamas Fire, Lake Oswego Fire, Vancouver Fire, and Hillsboro Fire.  Firefighters organize and regulate the tournaments; they raise and donate, on average, between $800 and $1,200 during each tournament.

Congratulations to all firefighters who participated!