A multi-company drill was conducted on December 3rd. by Portland Fire & Rescue and Tri-Met at the Washington Park – Oregon Zoo Transit Center. Companies from Engines 3, 15, and 16 and Truck 3 gathered to review and re-familiarize themselves with the West Hills Light Rail Tunnel Interagency Response Plan. 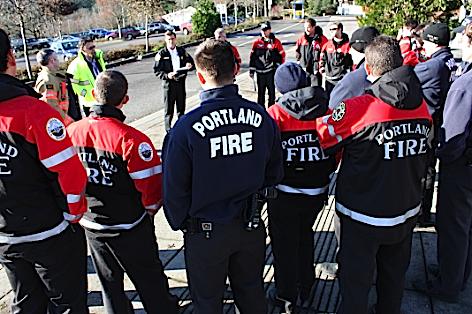 Firefighters are briefed about the upcoming exercise

The West Hills tunnel is actually twin tubes, each three miles long and 21 feet in diameter. The tunnel has several horizontal and vertical curves and MAX trains travel through the twin tunnels at speeds up to 55 mph.  The Washington Park Station, the only stop in the three-mile tunnel, is the deepest transit station in North America at 260 feet below ground. 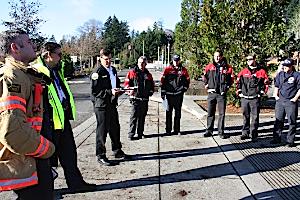 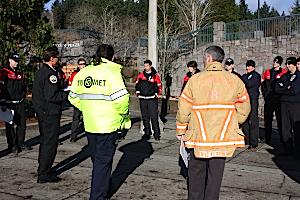 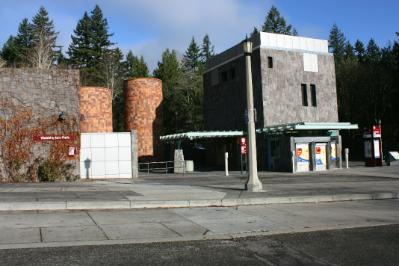 Firefighters began the exercise by reviewing the responsibilities and deployment locations of first alarm responders.  A tour ensued of the transit command center where all activities in the tunnels are monitored.  Companies were made aware of existing fire suppression, ventilation and electrical systems as well as access locations.  The firefighters toured the underground lightrail platform and nearby cross passages.  Firefighters and Tri-Met staff then discussed strategy and tactics for various incident mitigation. The 800 MHz radio communication system was tested throughout the drill.