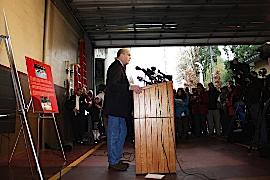 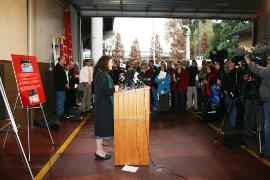 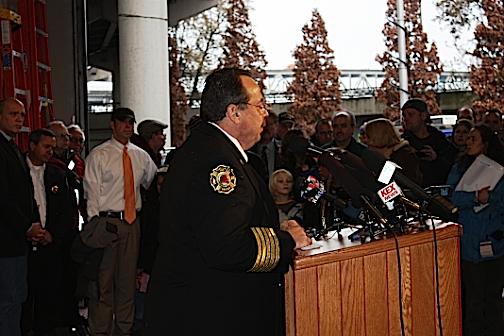 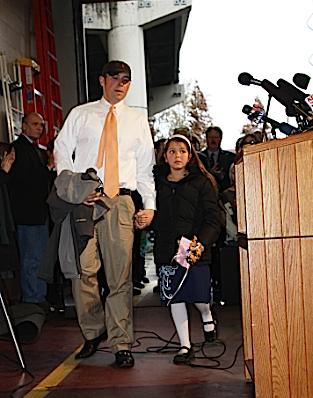 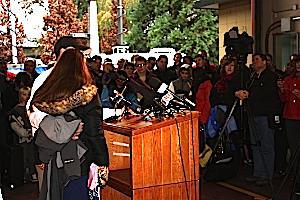 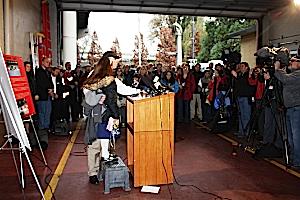 On May 23, 2009, Trinity Smith, seven-years-old at the time, and her four-year-old brother, Eldon, were thrown from the Sellwood Bridge into the Willamette River by their mother. Lacking a rescue boat dedicated to the Willamette River, it took PF&R's nearest fireboat 42 minutes to reach the scene.  The children were pulled from the river by bystanders who heard them enter the water.

Portland City Commissioner Randy Leonard and Amanda Fritz, Fire Chief John Klum, and the Smith Family were all present to dedicate the new rescue boat at the ceremony.  In addition, Portland Fire's three fireboats - the Campbell, Buss, and Williams - were present to deliver a salute of high-flying water during the dedication. 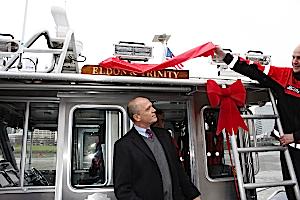 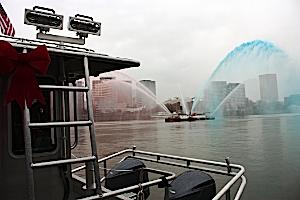 Commissioner Randy Leonard noted, "We are thankful to the Smith Family - who has suffered unbelievable tragedy - for their openness and partnership in allowing us to name the rescue boat the Eldon Trinity. While this heartbreaking and unimaginable situation cannot be undone, the Eldon Trinity stands as a memorial to the life that was lost and provides hope for the lives that will be saved on the Willamette River in the future." 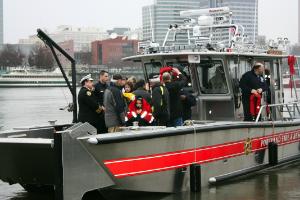 After the ceremony, the Smith Family was escorted to the Sellwood Bridge on the new rescue boat where Trinity tossed into the water yellow and white carnations, orange roses, a green wreath, and a note to her younger brother. 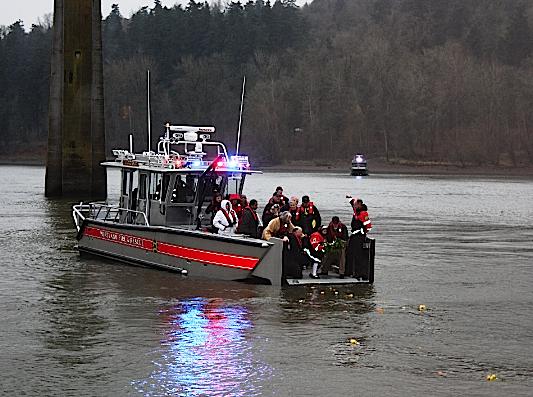 Rescue Boat Eldon Trinity is a high-speed rescue vessel, outfitted with a Forward Looking Infrared Radar (FLIR) system, donated by Fireman's Fund Insurance and Wells Fargo Insurance Services, that will enable firefighters to "see in the dark" allowing for quicker rescues at night or in bad weather. 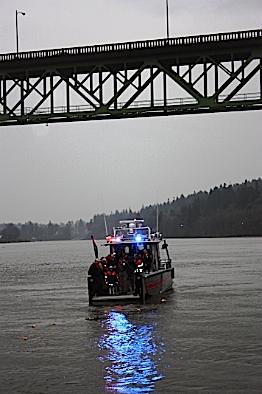