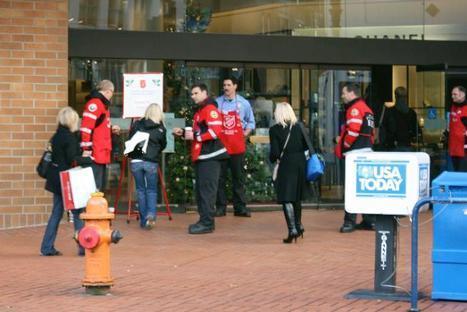 Firefighters from Station 1 ring bells for the Red Kettle Campaign.

Firefighters from Stations 1, 9, 10, and 13 came out this afternoon to ring bells in front of the downtown Nordstrom store and fill the Salvation Army's red kettle with money. 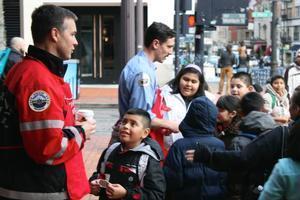 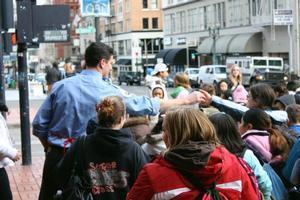 Firefighters visit with students in front of the downtown Nordstrom store.

Portland Fire & Rescue firefighters will be out in front of Nordstrom again tomorrow, December 16th between 11:00 am and 1:00 pm as part of the Salvation Army's Celebrity Bell Ringing activities.  Thank you to all of the generous individuals out there who dropped a few coins or dollars into the kettle and supported our firefighters' fundraising efforts!

This is an inappropriate use of fire uniforms and personnel to be fundraising for a church organization, no matter the cause!