2010 marks the twenty-seventh annual Great Toy Drive for KGW Northwest NewsChannel 8. The drive ran from November 28 through December 19. KGW, alongside their sponsors Les Schwab Tire Centers, and Regence BlueCross BlueShield of Oregon, joined forces this holiday season to collect and distribute toys to tens of thousands of local needy children and families. On Thursday, December 18, 2010, over 60,000 toys collected during the Great Toy Drive were delivered to the KGW studio in NW Portland where volunteers organized and re-bagged toys for pick up. 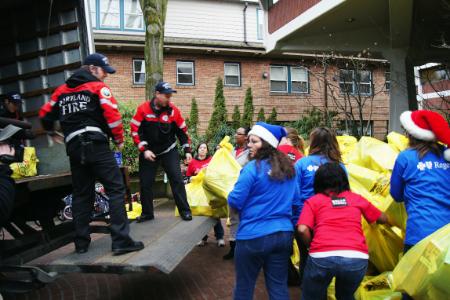 Today, Portland firefighters from Station 3 headed over to the KGW studio parking lot to help load toys, bikes, and sporting equipment into non-profit agency vehicles. The toys will now find their proper home and be distributed to needy families throughout Oregon and SW Washington. 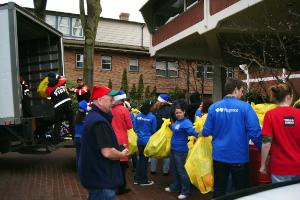 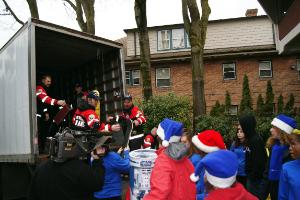 which will be distributed to area children and teens in need during this holiday season.

Toy N Joy Makers was one of the non-profit agencies to receive bags of toys that where donated during the Great Toy Drive. As a result of this year’s generosity, thousands of new toys and gifts will be distributed to area children and teens who may not have otherwise received gifts during the holiday season. 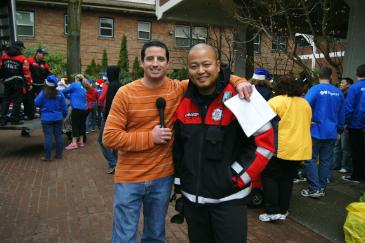 A big thanks to KGW Northwest NewsChannel 8!