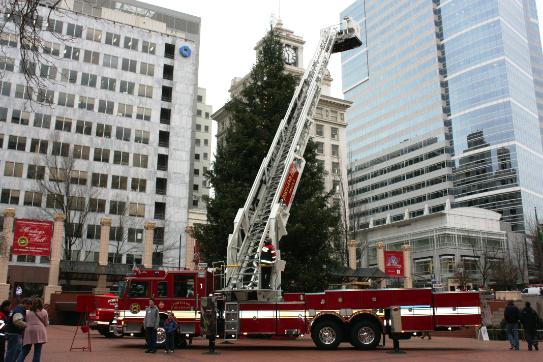 Portland Fire & Rescue’s (PF&R) own Captain Dan and Firefighters Bruce, Luis, and Rich from Station 1 parked 49-foot long, 79,000-pound Fire Truck 1 in the middle of Pioneer Courthouse Square yesterday to raise awareness and money for The Salvation Army’s Red Kettle Campaign. The truck's aerial ladder was extended over 70 feet into the sky while firefighters rang traditional bells on the ground. 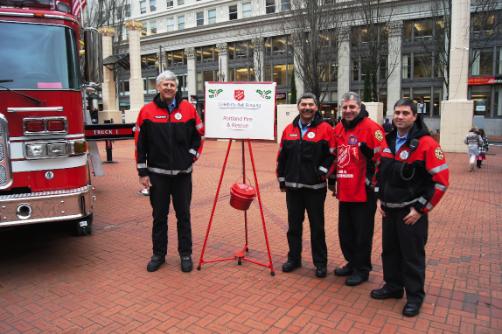 Each year in December, PF&R’s firefighters are called to participate in the The Salvation Army’s Red Kettle Campaign. 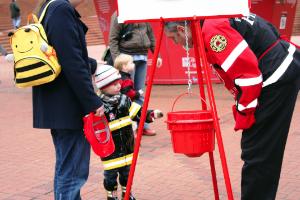 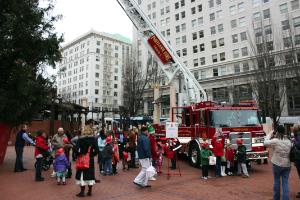 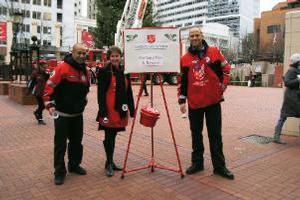 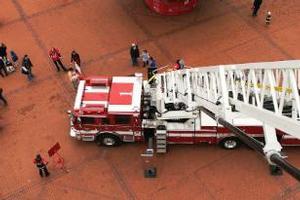 On December 15th and 16th, Firefighters from Stations 1, 9, 10, 13, 24, and the Fire Marshal’s Office rang bells in front of the downtown Nordstrom store. The firefighters, in their turnouts and red aprons, look forward to participating in the annual bell ringing not only to raise money for The Salvation Army, but also to connect and interact with the public and show support to the community they serve. See photos and learn more here and here. 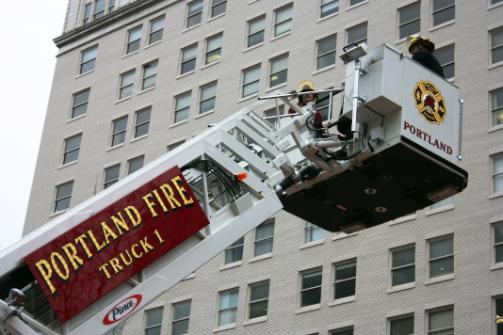 The annual Red Kettle Campaign raises money to support various social services within the Salvation Army, including providing food and shelter to needy local families. In Portland, the kettle campaign raises around $600,000 during the month of December which funds essential services year-round to those who need it.