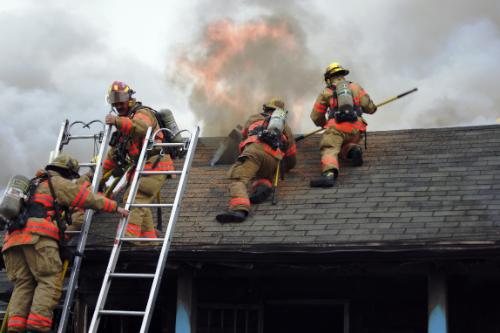 Portland firefighters responded to multiple reports of fire coming from the rear of a single-family residence located at 5513 NE 45th Ave. at 9:59 am.  Reports indicated that the fire at this home, which bordered other homes and condominiums, was spreading quickly. 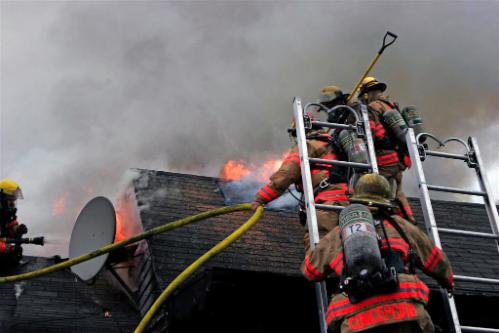 Firefighters arrived at the scene at 10:04 am.  Crews encountered heavy fire coming from the rear of the structure and the home was fully involved in fire.  An explosion was heard by firefighters, which was later determined to be a 5-gallon propane tank which exploded in the backyard of the residence. 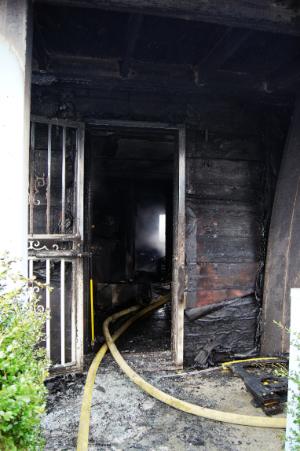 A primary search of the home revealed that all occupants – two adults, a 15-year old male, and a 13-year old female – escaped safely.  Firefighters battled the fire at 5513 NE 45th Ave. and worked diligently to save the homes on either side of this structure.  Both neighboring structures sustained fire damage.  The fire in all three affected homes was brought under control at 10:33 am. 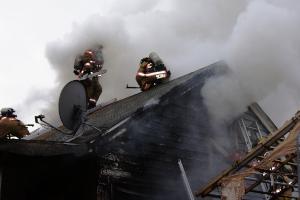 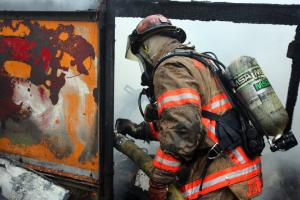 Two Fire Investigators responded to the scene and determined that the fire at 5513 NE 45th Ave. was the result of unattended cooking with grease on the back porch of the home.  The home is a total loss and damage is estimated at $210,000.  The Red Cross responded to assist the family with making temporary housing arrangements.  Damage estimates for the two neighboring structures are not available.

"Cooking is the leading cause of home fires in the U.S.," said PF&R Public Information Officer Paul Corah.  "The tragedy of this family losing their home just days before Christmas illustrates why you should never leave cooking unattended even for a moment.  If you have a grease fire, smother it with a pot lid, never throw water on a grease fire, and call 9-1-1."