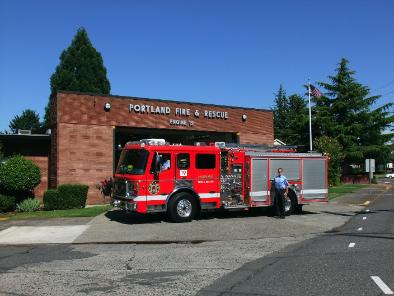 Portland Fire & Rescue’s (PF&R) Station 19 is currently located at 7301 E. Burnside Street and the serves the Center, Mt. Tabor, Montavilla and Madison South Neighborhood Associations. Engine 19 has a large fire management or response area, responding to over 3,300 calls in 2010. Engine 19 can respond east to I-205, west to 47th Avenue, South to Division Street, and North to Tillamook Street. 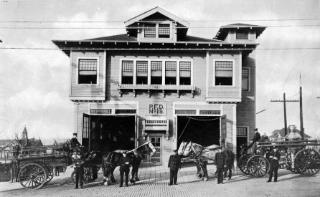 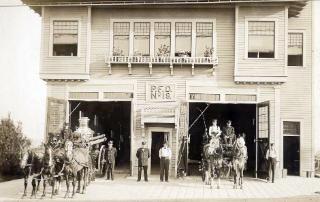 Station 19 was originally located at SE 61st and Stark Street and was built in 1911.  In December 1953, Station 19 was relocated to its current location. 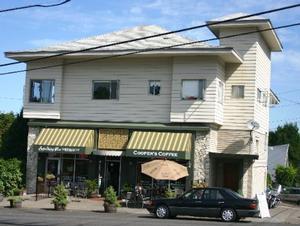 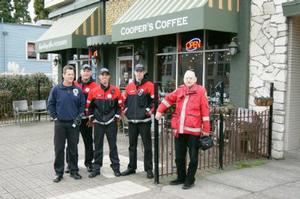 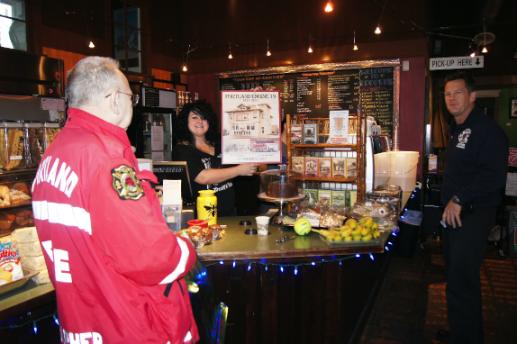 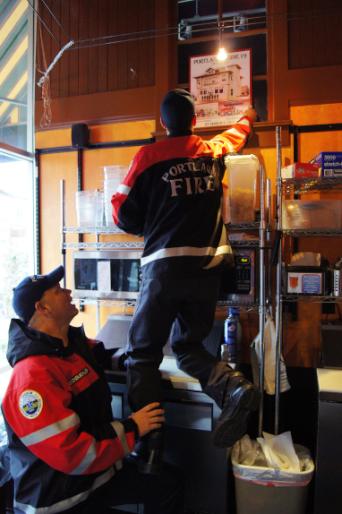 Station 19 is also planning a 100th year anniversary open house for the general public and community in late March 2011. Stay tuned for further updates here on the Fire Blog!

It is nice to see a fire dept celebrating its history and remembering the past. To many of our new firefighters have no idea about their FDs history and many do not care. We need to remember our past and those who built the path to the future and those who died on the way. Great story and if I were closer by I would stop by to see this great part of your history.

Found this 75-page article from Portland Bureau of Planning and Sustainability www.portlandoregon.gov/bps/article/214638
showing E. Portland History. On pages 17 and 35 it shows pictures of the old Montavilla Engine 27 at 2 82nd Ave.
But these identical pictures are of the Woodlawn Station 29 at 711 NE Dekum, now the Firehouse Restaurant.
Was there another station located on 82nd in the Montavilla neighborhood? Or was the old station 19 the location they are referring to?

Thank you for the good writeup. It in fact was a amusement account it.
Look advanced to far added agreeable from you! By the way,
how could we communicate?
http://straight2voicemail.com.au