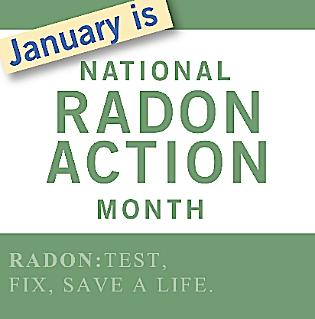 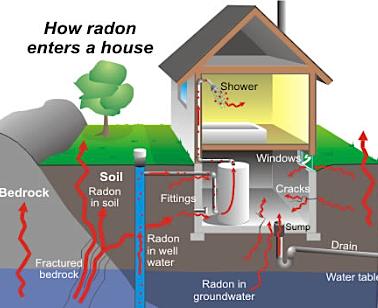 Can Radon Enter My Home?

The major source of radon in a home comes from the ground beneath it. Radon moves up through the soil and enters through cracks and holes in the foundation. Radon gas can become trapped in a home and build to unhealthy levels. Radon can also enter a home through the water supply. Radon can be released into the air during showers and other household uses. However, radon from the water supply is most often minimal compared to ground sources. Any home can have a radon problem, including newly built, well-insulated, and homes with or without a basement.

Visit the Fire Blog each week during the month of January for information to help you determine if your home needs to be tested for radon levels, how radon tests are conducted, and a suggested course of action if tests show high levels of radon gas in your home.

Do I need a permit to mitigate radon in my home if I do it myself? There would be holes drilled in the basement wall (4"), eave (4"), and a 5" hole dug in my basement floor through the foundation.