On Saturday, January 8, 2011 at 7:00 pm, the Portland Winterhawks hosted the Seattle Thunderbirds for a night of fun and hockey at the Rose Garden! Between periods, the Plumbers of UA Local 290 and Portland Firefighters Association (PFFA) Local 43 firefighters did battle in their annual Broomball match. 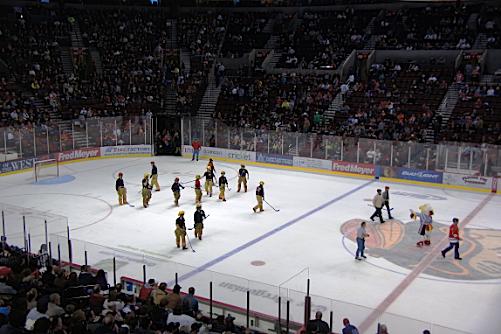 Broomball is a popular recreational ice game where players hit a small ball around the ice with a stick called a "broom." The object of broomball is to score more goals than your opponent by hitting the ball into your opponent's net using your broom. 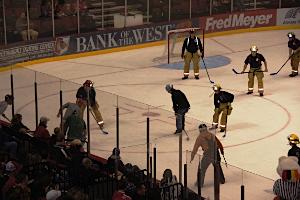 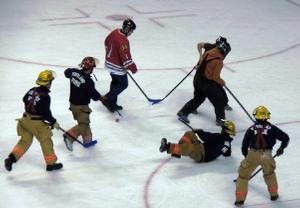 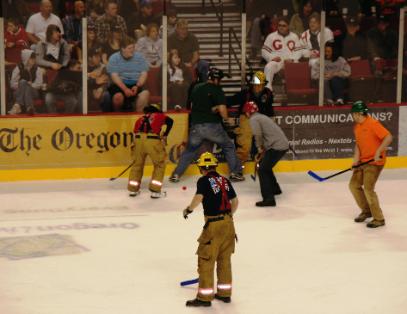 Despite the ruling of no checking, blocking or hitting, the firefighters and plumbers offered a seriously fun game, a spirited showcase of thrills and (lots!) of spills! 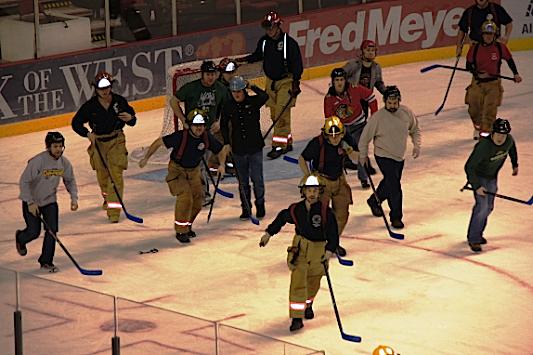 The firefighters and plumbers tied the ice game with a score of 0 to 0! Additional photos will be posted on Portland Fire & Rescue's Facebook page.