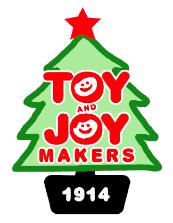 Thanks to the generosity of the public and the hard work of volunteers and Portland firefighters, the 2010 holiday season was a success for the Toy N Joy Makers!

Established in1914, Portland Fire & Rescue’s (PF&R) Toy N Joy Makers helps provide Portland’s needy children and low income families with toys, books, and other gifts during the winter holiday season. The Toy N Joy Maker’s toy program is the largest in Oregon and has a history of working alongside local and state agencies. 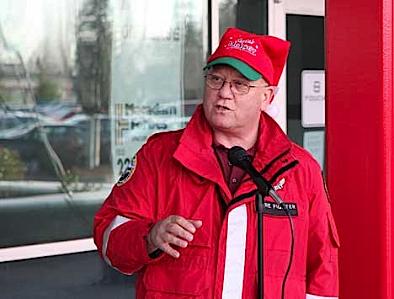 Dean Johnson, Toy N Joy Maker’s President, spearheads the holiday toy drive each year. In December, Johnson and his team of volunteers placed over 259 toy boxes at each of the PF&R fire stations and Fire Bureau administrative buildings, local organizations and businesses, and other town hot spots where citizens could easily drop off toys.

Volunteers then picked up the toys to take them back to Santa’s Workshop at the Toy N Joy Makers headquarters off NE Going Street, where they were sorted according to age and gender. From there the volunteers filled requested toy orders from families by placing toys into huge bags, ensuring that no children were able to get a peek at their gifts before the big day.  Toys were then distributed to the families before Christmas, just in time for parents to nestle the packages under the tree. 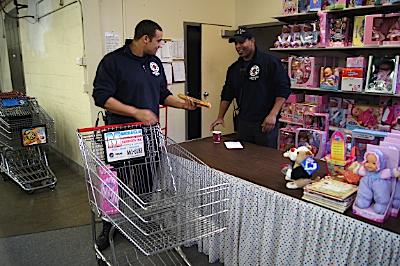 Firefighters from Station 30 fill a toy order for a needy family.

During this holiday season, Toy N Joy Makers distributed an approximate 67,856 toys to close to 16,000 children.  Johnson calculates that the estimated toy value given out this season was over $1 million dollars.

Johnson credits his wonderful volunteers, as well as Portland Fire & Rescue, for making the toy drive an annual success. Over 20 volunteers helped from mid-November to December 27th, volunteering 4,320 hours.  Even Portland firefighters chipped in close to 1,000 hours this holiday season to pick up, sort, package, and deliver toys. 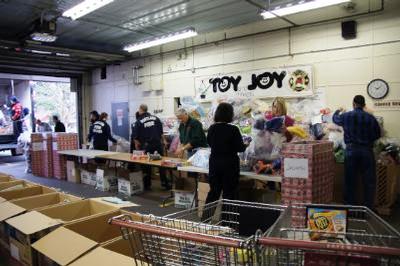 But the toy drive wouldn’t occur if not for the citizens who donate the gifts. “I’d like to thank the residents of Portland for helping us make this possible,” Johnson said. “They’ve really come through for us over the years, and I just can’t say enough about how great they are.” 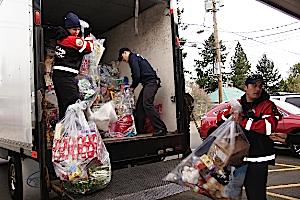 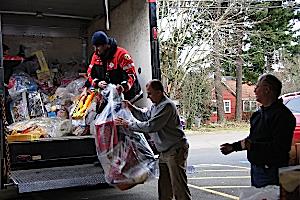 Firefighters from Station 24 and 28 unpack a toy-filled truck.

For the next couple days, volunteers and Portland firefighters will meet once again and work side by side at the Toy N Joy Headquarters to finish sorting and organizing left over donated toys. 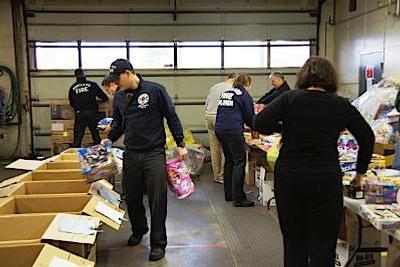 Firefighters and volunteers sort toys according to gender and age.

If you are interested in volunteering to help during next year’s toy drive or would like to learn more about Toy N Joy Makers, visit http://www.toynjoymakers.org.

How do I sign up to get presents for my three month old son? I'am unemployed, and my boyfriend barely makes money to cover all the bills. We really need help with Christmas this year. We would really appreciate all the help we can get.