Practicing fire safety paid off for a SE Portland family last night.  Two girls, ages 6 and 9, were playing in their upstairs bedroom around 5:00 pm on Wednesday when they heard the home's smoke alarm go off.  What they did next likely saved their lives in the fast moving fire that swept through the first floor of the home.

The girls remembered to check the door knob to see if it was warm before opening their bedroom door.  The knob was warm – indicating that there was probably fire nearby – so they kept the door closed.  Next they scrambled into action and executed the fire escape plan that their mother had developed and practiced with them many times. 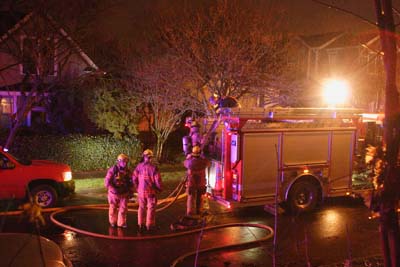 "The bedroom that the girls share has a large egress window," said Doug Gray who lives in the home.  "We always told the girls never to use the plan unless there was an emergency and on Wednesday night that time came." 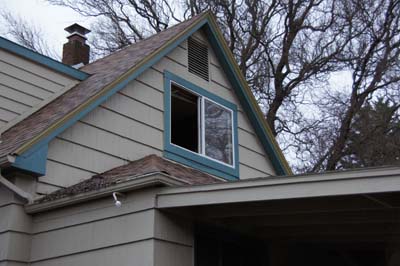 The girls opened their bedroom window, exited onto the covered porch below, climbed down a few more feet onto the roof of a shed, and finally stepped down onto a retaining wall in the home's back yard, safely escaping the fire.

Meanwhile, down on the home's first floor, the girls' mother also heard a smoke alarm and raced upstairs to reach her children.  With the fire burning hot and fast, the 35-year-old woman received burns to her face and hands as she ran upstairs to find her children and help her family escape.  The injuries she received are non-life threatening and she is expected to make a full recovery.

"Practicing a fire escape plan and having working smoke alarms saved this family," said Portland Fire & Rescue Public Information Officer Paul Corah.  "The kids knew where to go and what to do, even though they must have been scared.  As a firefighter and a dad, I'm so proud of these girls and happy that they are safe." 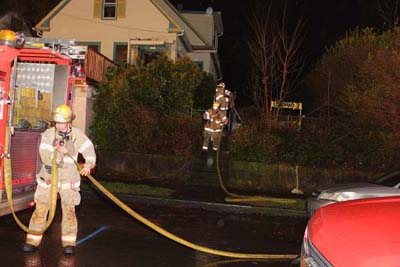 Just after 5:00 pm on January 12th, a 9-1-1 caller reported that the neighbor's roof was on fire.  Portland Fire & Rescue responded to the fire at 5578 SE Oak Street and brought it under control by 5:25 pm.  A Fire Investigator also responded to the scene and is still investigating the fire's cause.

Portland Fire & Rescue reminds citizens that all homes should have working smoke alarms and families need to have and practice a home fire escape plan. Always remember - if you have a fire, get out and stay out.

The family has indicated they are willing to share their story with media with the goal of spreading the word to other families about the importance of having a fire escape plan.  They have made their contact information available through PF&R.