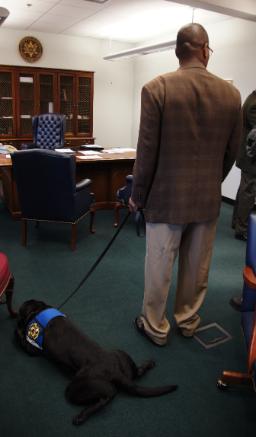 Lieutenant Jackson and Lila wait to be sworn-in

Inside a federal office on January 18th in Portland, Lieutenant Jackson joined five other local police officers to be sworn in as Special Deputy U.S. Marshals. The commission, which lasts one year, gives the police officers the authority to arrest anyone wanted on federal charges by the U.S. Marshals Service. 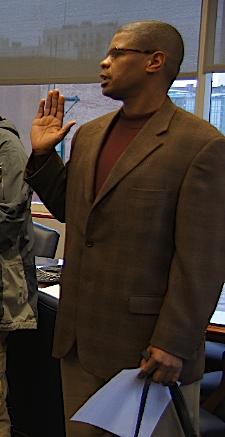 Lieutenant Jackson is sworn in as a Special Deputy

Lieutenant Jackson is not only a sworn firefighter, but he is also a sworn police officer. In addition, Jackson has been trained by the Bureau of Alcohol, Tobacco and Firearms (ATF) and is part of a certified accelerant detection handler/canine team.  His partner, “Lila,” is a black Labrador Retriever and PF&R’s fourth accelerant detection canine. 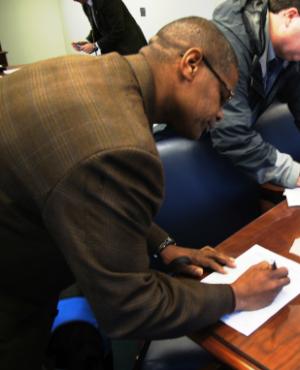 Because Lieutenant Jackson and Lila are part of the ATF's Canine Accelerant Detection Program, the team is available for deployment on ATF National Response Team (NRT) activations and other significant ATF arson investigations. 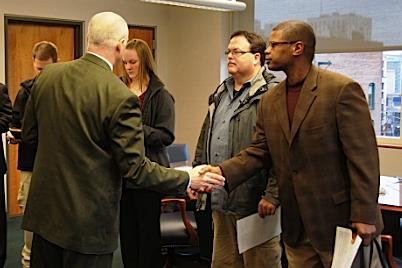 Jackson’s appointment as a Special Deputy of the U.S. Marshals is a testament to his character, dedication, and professionalism. 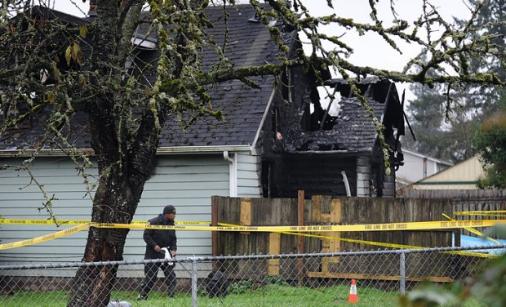