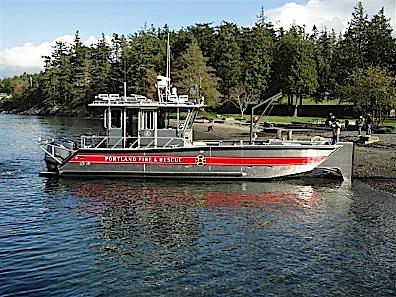 Today, the Eldon Trinity Rescue Boat, which is located on the Willamette River at Portland Fire Station 21, kept watch over kayakers who were participating in a celebrity race.  The race was held at the Caruthers dock to promote Comcast Sports Net's new reality TV show, Wanted II - Adventure Women.  Four kayaks with two members each participated in the race. 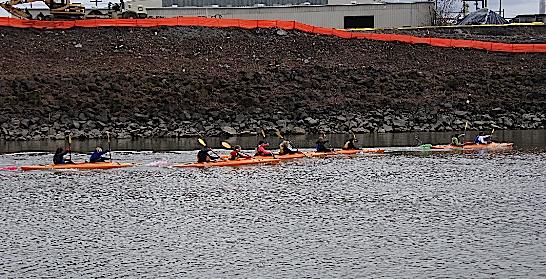 The course went from the dock, down and around the pilings of the Ross Island Bridge, and back. Each kayak team included a local celebrity paired with a cast member from the show. 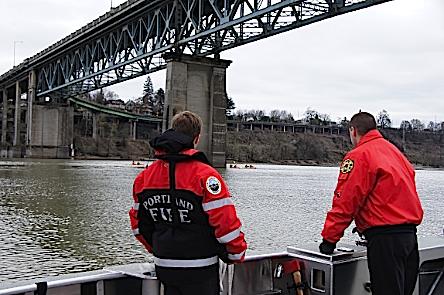 Lieutenant Paul and Firefighters Gary, Mike, and Ty shadowed participants to ensure that everyone was safe.  Water safety on the Willamette River is the primary focus of Portland Fire & Rescue's marine program, of which the Eldon Trinity rescue boat is an integral part.

Thanks so much for being on the scene for the Comcast SportsNet Celebrity Kayak Race. The event was great fun, and thanks to all of you, everyone was safe and sound. It really was a great relief to all that you were there, just in case. Plus it added to the excitement of the day! Please give everyone on your team our thanks for all your work on the water every day keeping us safe.

I am always searching online for articles that can help me. There is obviously a lot to know about this. I think you made some good points in Features also. Keep working, great job
http://straight2voicemail.com.au