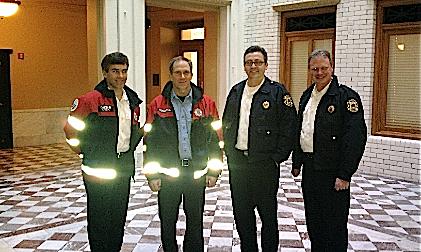 From Left to Right --  Battalion Chief Krick, Harbor Pilot Bergstrom, Deputy Chief Bancroft, and Deputy Chief Benetti
This morning at City Hall, three members of Portland Fire & Rescue (PF&R) who were hired in the same recruit class on May 15, 1986 were sworn into their new positions. 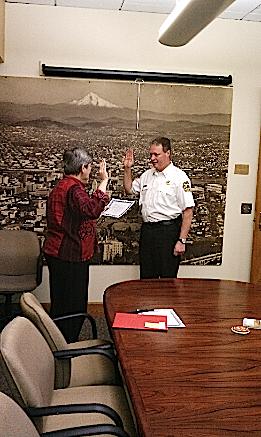 C103 Benetti
Chief Marco Benetti was sworn in as PF&R’s newest 103, which is the deputy chief of emergency operations. 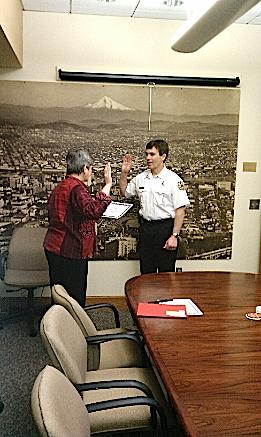 Battalion Chief Krick
Captain Leo Krick was sworn in as PF&R’s newest Battalion Chief.  A Battalion Chief acts as the commander during emergency incidents in their respective battalions and commands all fire companies on the incident. 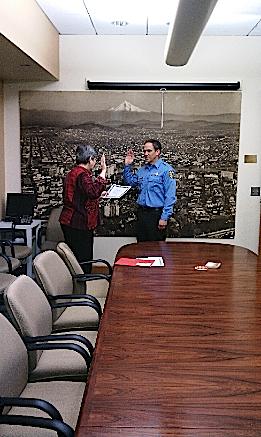 Harbor Pilot Bergstrom
And finally, Bob Bergstrom was sworn in as a Harbor Pilot. Congratulations to all!

Although I have been out of the loop for quite sometime, it does my heart good to see firefighters who exibited extreme dedication and professionalism early in there careers move into positions for responsibility that they richly deserve. Congradulations to you all.