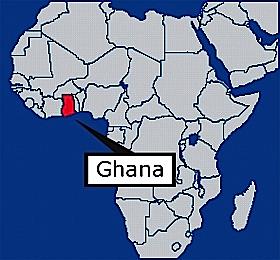 and is bordered to the east by Togo, to the west by the Ivory Coast,

to the south by the Atlantic Ocean and to the north and northwest by Burkina Fasso.

Under the umbrella of Global Mission Readiness, Portland Fire & Rescue (PF&R) Firefighter Ed and Lieutenant Chris from Station 3 will be joining two Clackamas firefighters to travel to West Africa to provide emergency services education and resources to representatives in Ghana, Africa. 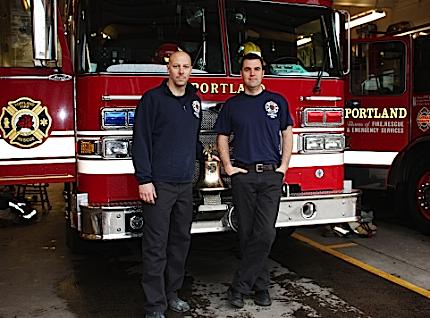 Both Firefighter Ed, hired at PF&R in 1997, and Lieutenant Chris, hired in 2003, currently work at Station 3 on the Engine.

According to their website, Global Mission Readiness is a non-profit, charitable organization founded in 2009 to provide emergency services education and resources to developing nations and to promote disaster prevention and self-reliance.

To help raise donations for airfare costs, firefighters will be involved in fundraising events.  On Saturday, March 5, 2011, a poker tournament will be held in Gresham and funds raised from entry costs and a silent auction will be used towards the firefighter’s travel to Ghana, Africa.

Stayed tuned to the Fire Blog for more details!

Thanks for this wonderful post. The writer has taken a lot of time and effort o post this information on the website. The anecdotes are combined carefully with ingenuity and what comes out in the end is really interesting.

Hello, Nice Post
Keep writing and sharing your amazing experience with us..

That's a great initiative... love to hear this wonderful information..keep it up and all the very best. rubbishremovalkings.com.au

Interesting information. I hope more readers like me will benefit from the information present on the website. Thanks to the writer. https://www.wow-space.co.uk/