Portland fire and rescue was dispatched to reports of a home on fire at 16308 NE Fargo St. at 4:41 am. Upon arrival, firefighters encountered a 2-story home fully engulfed in flames.  As firefighers approached to attack the fire, they discovered that a second house 6' away was also on fire.

Firefighters were extremely concerned when they received reports that a boy and his dog were unaccounted for. After completing a search of the homes, all occupants were subsequently located and determined to have evacuated safely from both homes. Portland Fire & Rescue medics provded medical attention to one individual, an adult male, who was transported to a hospital with minor burns.

The house located at 16308 NE Fargo St. sustained major fire damage and may be a total loss. As a result of firefighters' aggressive efforts to fight the fires, the house next door sustained only moderate damage. These fires required added resources to fight in terms of apparatus (engines and trucks), firefighters, and a rehab unit, which brought additional air bottles for firefighters on scene.

Two investigators are currently on scene investigating the cause of this fire.  The fire was brought under control at 5:35 am.  Portland Fire & Rescue reminds citizens that working smoke alarms save lives.  A fire can happen any time of the day or night, so always ensure that your home has working smoke alarms. 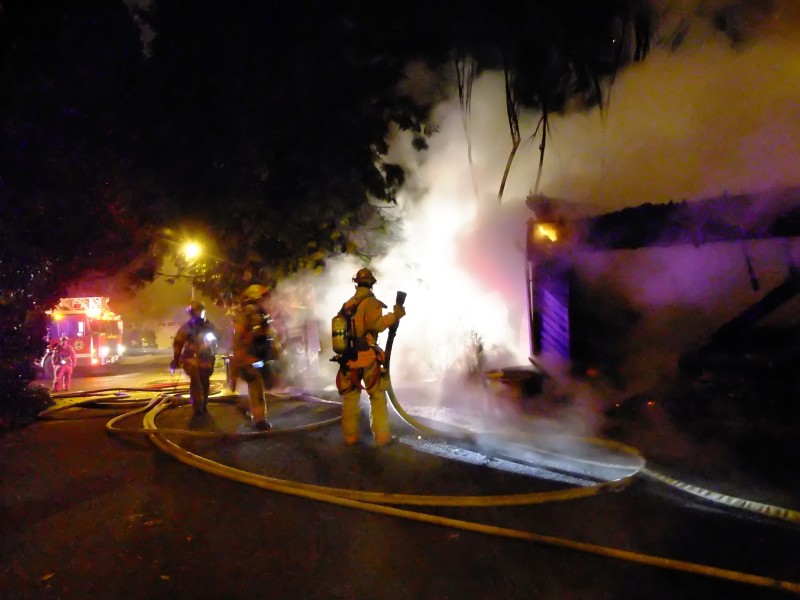 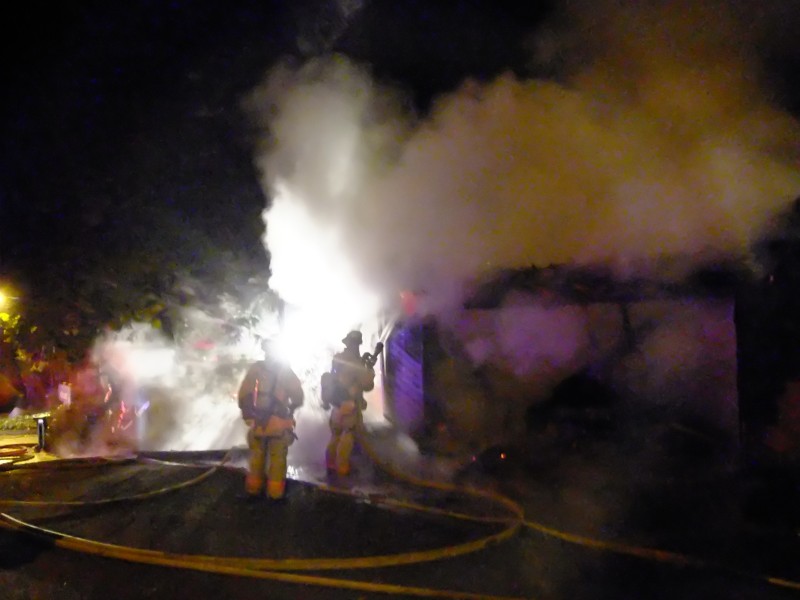 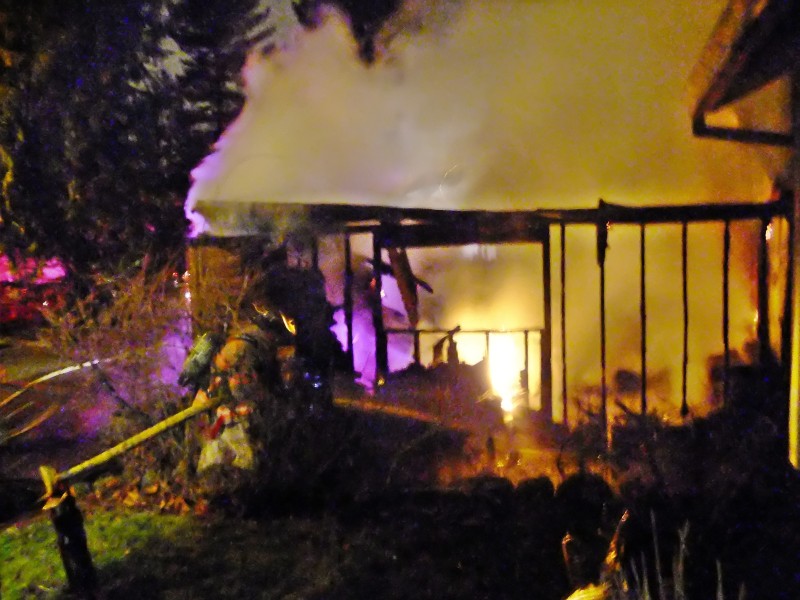